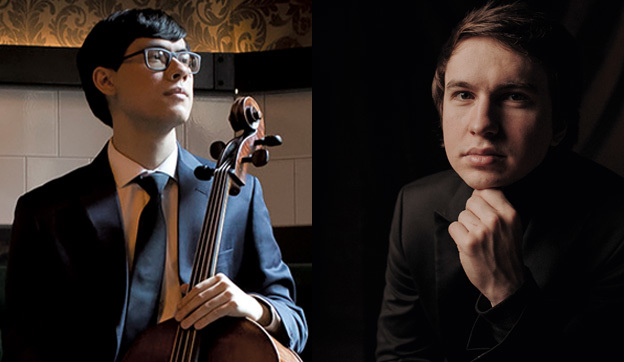 S. Franck - Sonata for violin and piano in A major, FWV 8

(arranged for cello and piano)

He has performed in London (Wigmore Hall), New York, at the Dresden Music Festival, the Giverny Chamber Music Festival and other venues.

Zlatomir Fang captivates the audience with his virtuosity and exquisite sensitivity. The musician's impeccable technique demonstrates a mastery of the canon and exceptional insight into the depths of contemporary repertoire.

Alexei Melnikov is a prominent representative of the generation of young Russian pianists. Laureate of the III Prize of the International Tchaikovsky Competition in 2019.

The pianist's concerts are held in the largest concert halls in Russia, Germany, Italy, France, Japan, Poland, the USA, Spain, Belgium, including the Teatro La Fenice in Venice, Salle Cortot in Paris, the Mariinsky Theatre Concert Hall, Žofín Palace in Prague, The Grand Hall of the Moscow Conservatory, the Concert Hall Bunka Kaikan in Tokyo.

S. Franck - Sonata for violin and piano in A major, FWV 8

(arranged for cello and piano)