A play by Lev Dodin based on Dostoevsky
Main programme 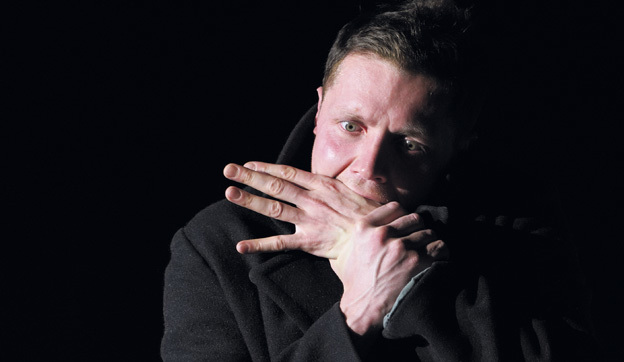 One of the 10 Best Performances of 2020, according to the Theatre Critics Association.

Lev Dodin: "Perhaps nowhere do the characters tell so much about other characters of the same story as in Dostoevsky's.  In addition, they always speak the truth about the other. But this is the truth of the one who says it. However, after a few pages, he will say quite the opposite about the same person, and again, this will be the absolute truth.

Nobody talks about himself so much and in such a detail as the characters of Dostoevsky. And all this is always true. But this is the truth of the one who says it. In a few pages, he will say the exact opposite about himself, and again, this will be the utter truth.

And it is so not because Dostoevsky doesn’t know his characters properly and rushes from one interpretation to another.

For several years we wandered in the footsteps of Dostoevsky, and today we share our wanderings about the Karamazovs, about life, about Dostoevsky, about ourselves.

Or maybe we just continue to wander with our audience".

"After this performance, which leaves no hope, almost certain of the godless arrangement of everything at once (in whose likeness these characters and this world were created?), you feel like a human being, precisely "in the image and likeness"... Dodin staged a hopeless, evil, ruthless to a person and the country performance-judgment, that somehow does not kill you, but somehow, you know, exactly on the contrary... One cannot forget it...".

"The Karamazov Brothers" had being prepared at the MDT for four long years, almost in secret. And it was released swiftly, on the eve of the lockdown, in the midst of an unknown new plague, and ... it gave us a feeling of incomprehensible, burning, bravura joy. Its nature is difficult to convey and comprehend".