Based on the story by Andrey Platonov
Platonov program 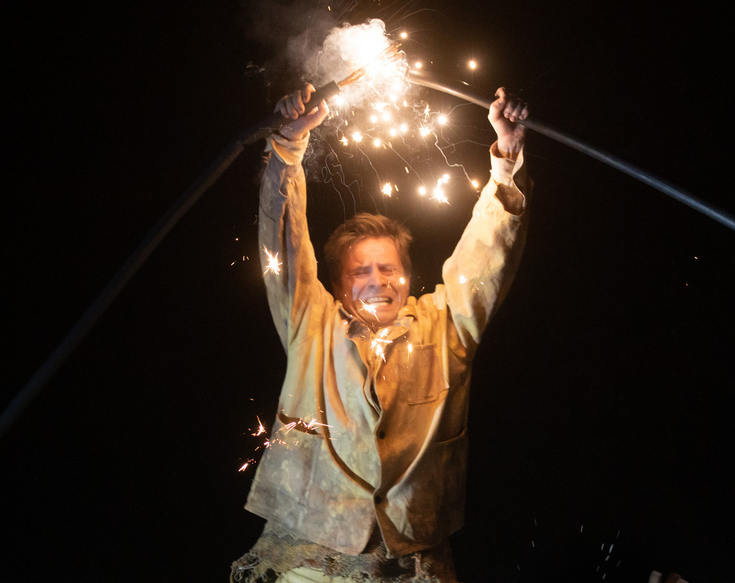 Chekhov Moscow Art Theatre will take part in the Platonov Festival for the first time.

Chekhov Moscow Art Theatre will take part in the Platonov Festival for the first time.

The performance "Juvenile sea" became the first premiere of the Chekhov Moscow Art Theatre in the current theatre season. The staging of the story was created by director Natalya Nazarova, adding fragments of other Platonov's texts - the story "For future use", short stories, early plays, scripts and diaries.

This is a story about people who fervently believe that they can recreate the world, build up a new sun, burn through the earth with a voltaic arc and get to the underground waters - the juvenile sea. The characters of Andrey Platonov are always people of a time when human possibilities seemed limitless, and the place of God was considered vacant.

Natalia Nazarova: "Our performance is about how people fall into great collective illusions, and how these illusions lead to disasters. Maria Skobtsova, a theologian and a nun, has a brilliant expression: "The 20th century will be the century of the greatest collective chimeras and illusions". This is what we observed in Nazi Germany, in Soviet Russia... The 21st century, it seems to me, is a century of no less illusions. But at the same time, in terms of genre, our performance is a comedy. Platonov is a very witty author, his prose is fantastic realism. In a word, we have created a fairytale, at times terrible, at times funny and very absurd indeed".

"Platonov language, a unique and witty mixture, where the high style, and the drummed Soviet newspeak, and juicy dialects, and sublime romanticism, and fabulousness, is already causing a smile. And how beautifully and naturally the actors of the Chekhov Moscow Art Theatre float around in all this brew! This is an ensemble where everyone has the opportunity to solo".

"Andrey Platonov with all his creativity managed to prove that elevating deception is directly related to tyranny and, as a consequence, to destruction. The more the characters of his novels rise in their dreams, the more zealously want to do good to mankind, the more they harm both their loyal comrades-in-arms and those who accidentally find themselves in their fellow travelers. In the new performance of the Chekhov Moscow Art Theatre "Juvenile sea" this idea is expressed with all its distinctness - much clearer than that of the writer himself".