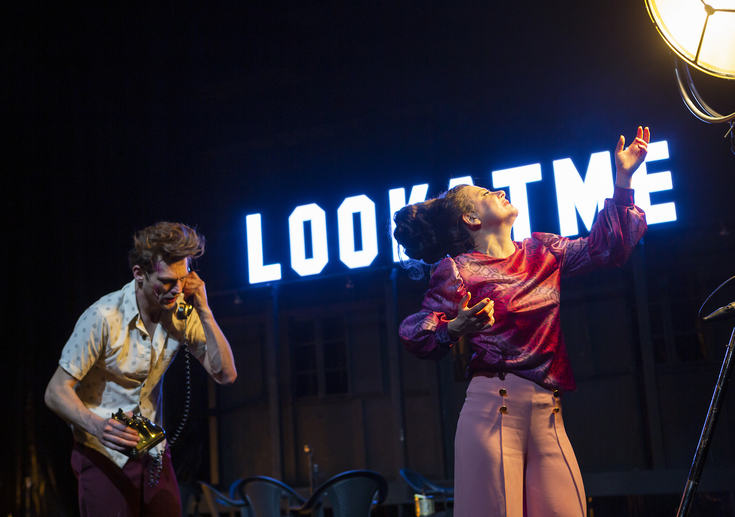 The play by Tennessee Williams, a classic writer of American drama, is about the relationship between a fading film star and a young actor who craves fame; it was directed by a renowned German director Claudia Bauer. As is often the case with Williams, talent and mediocrity, dreams and reality, youth and its transience come into conflict, a person is ruled by egocentrism, self-doubt and the instability of his own position. Claudia Bauer and her actors capture and exaggerate the characters' tendency to dramatise, show them in all their absurdity, and do it devotedly and with pleasure.

Claudia Bauer has staged performances at the most famous venues in Germany - at the Stuttgart State Theater, Munich Kammerspiele, Volksbühne Berlin, Deutsches Theater Berlin and others. Since 2015, she has been an employed director at the Schauspiel Theater (Leipzig). The production was included into the 10 Selected Productions of the Theatertreffen festival in 2020, this is her third work to participate in this prestigious forum.

Video screenings of the performances from the programme of the German theatre festival Theatertreffen take place within the framework of the Year of Germany in Russia.