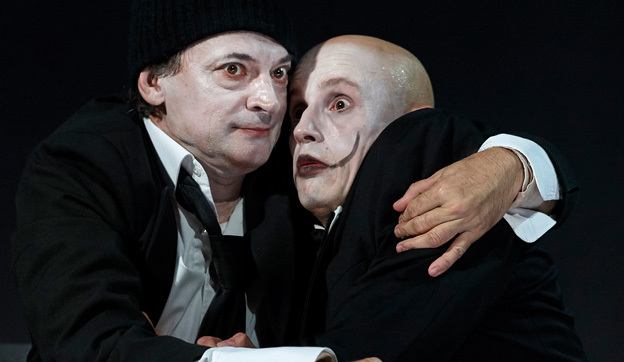 It is one of the 10 Best Performances of 2020, according to the Theatre Critics Association.

One of the most paradoxical Russian theatre directors presents his reading of the play "Son", which closes the trilogy of the French playwright Florian Zeller "Mother", "Father", "Son".

Yuri Butusov: "This play is about Hamlet in each of us. In forced compromises, in the need to agree with what he does not want to put up with, a person destroys his nature, faith in an ideal world, what Shakespeare called "the quintessence of all living things." Idealism, rejection of injustice in a person cannot be destroyed."

"The story of a modern family, where a teenager cannot survive the collapse of a house after the divorce of his parents, turned into a tragedy of Shakespearean intensity in Yuri Butusov's production ... The tragic farce of "Son" makes you think about routine things, about the eternal and good. Life is a fragile gift. We are hanging over the abyss, supporting each other. And there is no other support in the Universe ... ".