Secret Views of Mount Fuji is one of the latest novels by Viktor Pelevin (published in 2018), at the same time it is one of the author's most cited and beloved books. Her characters, prototypes from the 90s - an oligarch Fedor and a kept woman Tanya - are looking for their happiness by all the modern methods available: with the help of Buddhism, feminism and other dogmas.

The play was staged by Ivan Komarov, whose works are successfully presented at the Meyerhold Centre, the Sovremennik Theatre and the Centre for Theatre Excellence. This is an ironic tale in which Russian lubok is intertwined with Japanese theatre, and sincere childhood memories - with commedia dell’arte.

"An ironic production, on one hand, about oligarchs' attempts to achieve unearthly happiness and return to their former vicious life, and on the other hand, about women’s search for their place in the patriarchal world, which is not performed according to the rules of classical psychological theatre." Kommersant 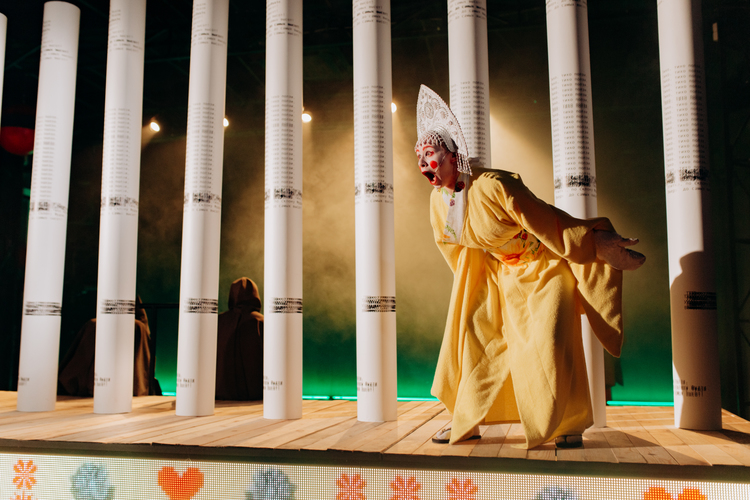 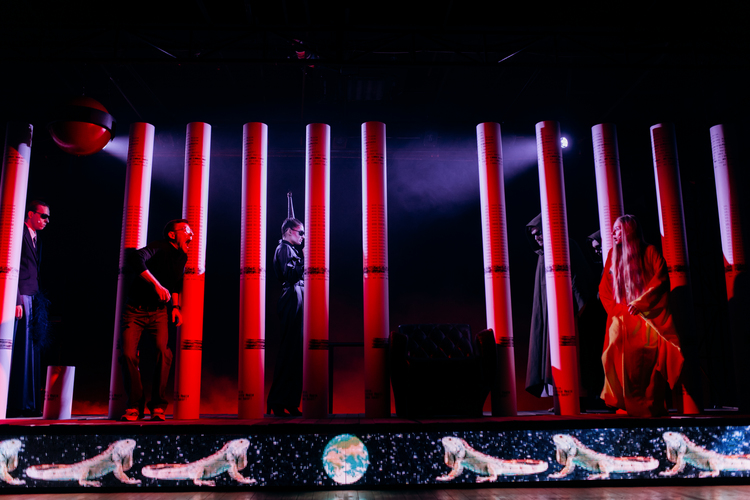 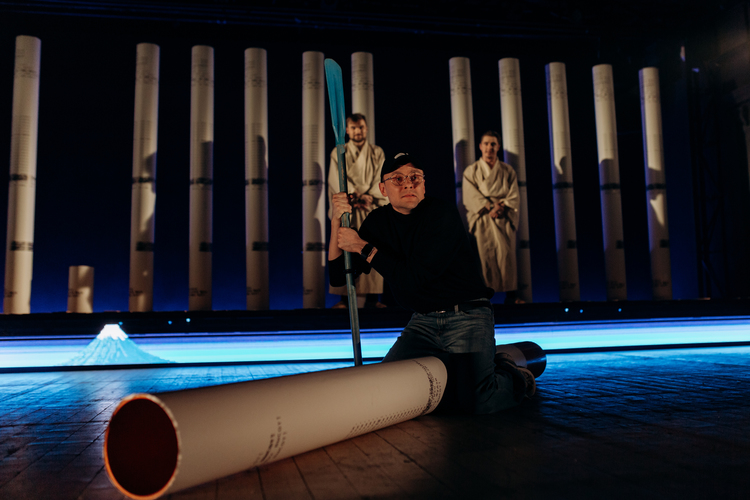 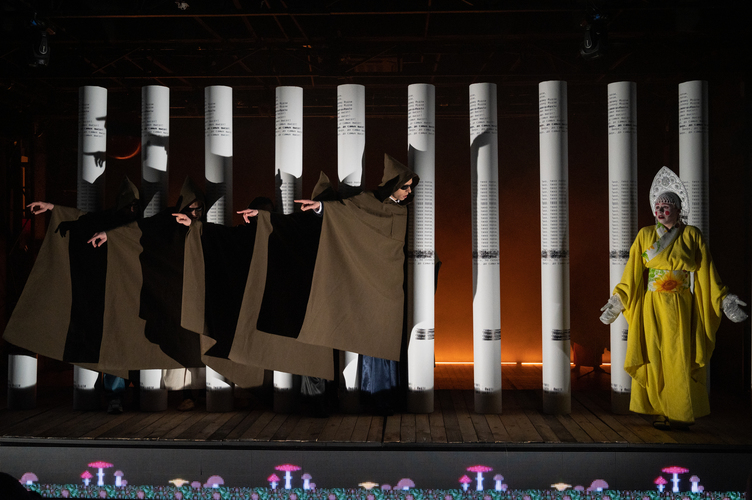