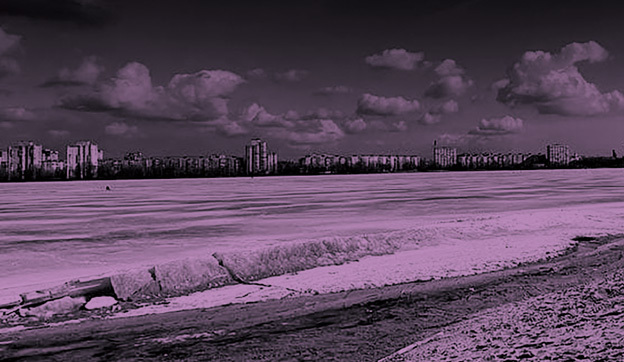 You can get to the site on your own or by the festival bus.

The performance reflects Platonov's pursuit of the space, the future, a foretaste of a beautiful high-tech and harmonious world, and at the same time a deep feeling of nature and unity with it, awareness of human loneliness as a moment of true freedom and self-expression.

Dancers in overalls resemble cosmonauts and peasants at the same time, they are people of the future who conquered the earth and the sky. The dance composition is based on mass and solo scenes and the use of the specifics of the place. Location creates multilevel perception, perspective and a sense of limitlessness. The drums create a sound accompaniment to the movement, emphasizing the tension and sharpness of the dance. The action is complemented by the remarks from Platonov's works, in which dreams of the future can be heard and his unique sense of nature is conveyed.

Anna Shchekleina is an independent choreographer, a dancer, the laureate of the Russian National Theatre Award "the Golden Mask". Her first official work as a dancer was the international interdisciplinary project of the French company S'Poart, which united break dance and contemporary dancers in one performance "Na Grani". The premiere took place at the largest European festival Biennale de la danse in Lyon (France), after which the project successfully toured 35 cities in France for 2 years. Also, after graduation, she created her own brand Zonk’a together with Alexander Frolov. Her debut work as a choreographer "Zone of Proximity" was highly praised in the professional community and was presented at the anniversary festival of Russian dance theatres TSEKH in 2010.

Over 10 years of her professional activity, more than 20 dance performances and theatre performance events have been created, which were shown in 17 cities of Russia and 6 countries. The performances "My Love / My Life" and "Essence" became the nominees for the "The Golden Mask" Award. In 2020, the performance "Lilith", created for the dance project "Solyanka", won the Golden Mask Award in the nomination "Best Performance of Contemporary Dance".

She was selected for exchange cultural projects and festivals abroad many times and represented Russian contemporary dance at the international level in the USA, France, Israel, Norway, Finland, China, Taiwan. The performances of 2017 - "The Paper Play" and "The Playground for the Brave" - were co-written with foreign choreographers Stephanie Miracle (USA) and Ville Nulen (Finland) with the support of the US Embassy and the Ministry of Culture. She is the finalist and the winner of choreographic competitions such as "Atelier for Russian Choreographers", "Context. Diana Vishneva", the Jerusalem Choreography Competition.

You can get to the site on your own or by the festival bus.