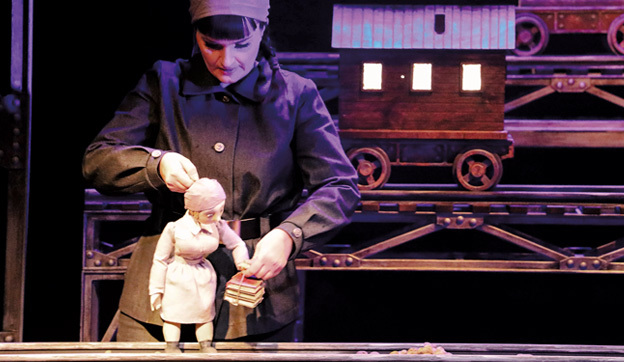 The performance was staged by the laureates of the "Golden Mask" Award, the chief director of the Murmansk Puppet Theatre Pyotr Vasiliev and the artist Alevtina Torik.

"Fro" is one of the most famous stories by Andrey Platonov, which, moreover, the Russian theatres most often turn to.

She says she loves him, but she only loves her feelings. He says that he loves her, but he loves all of humanity, which means no one. There is a third one who doesn't say anything and just quietly loves his job and his daughter. And all around there are people, locomotives, rails, rails going into the distance. Unfortunately, there is no switchman who will turn the course of their lives in the right direction. Why does Andrey Platonov never give his characters a chance to be happy? Maybe because there is no general happiness ...