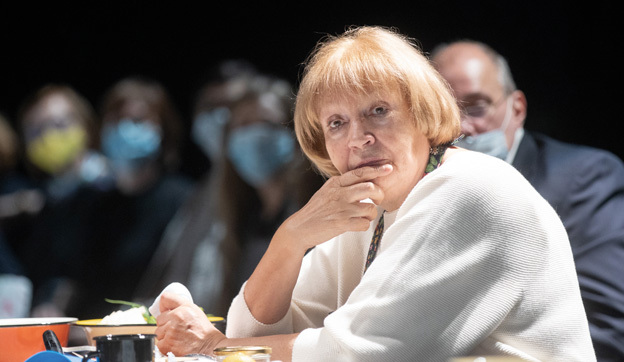 The author of the performance is Joseph Raikhelgauz

From the long list of the "Golden Mask" Award. The performance is the laureate of the Union of theatre workers of the Russian Federation Award "The hit of the season" - 2020. Elena Sanaeva became the laureate of the Central Federal District Award in the field of literature and art for the leading role in this performance.

"Faina. Echelon" is an offering to all those who have suffered the terrible trials of the war, the death of loved ones, the horror of the occupation and the deprivation of evacuation. But it is also a real hymn to life and love, faith in man and strength of mind.

The play is based on the memories of Faina Raikhelgauz, the director's mother, who told her family the story of her life, and then described it in the book "What I remember...what passed...what worries me." The documentary story, told not by the writer, but by his mother, contains wise and simple truths that become a source for a sincere artistic expression. The main role is played by a theatre and film actress Elena Sanaeva.

"It's all about how Elena Sanaeva pronounces the text. In her interpretation, memory is calmness, undisturbed, not waves, not a stormy river... This is the everyday life of memory, which has settled down, infused, and has become an audiobook and, perhaps, an epic".