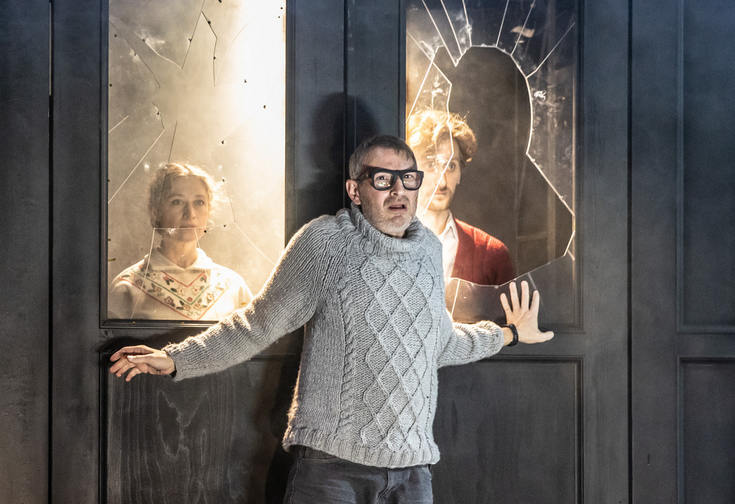 One of the 10 Best Performances of 2020, according to the Theatre Critics Association. For this work, Dmitry Krymov was given the Main Award of the festival "Directing Lessons - 2020".

The performance is based on the play "Our Town" by Thornton Wilder. Dmitry Krymov uses this text as a starting point for immersion in the past and a new meeting with departed parents – a director Anatoly Efros and a theatre critic Natalya Krymova.

"Our town" was not chosen by chance. Dmitry Krymov saw an American performance based on this play with his parents back in 1975, and this event became a powerful impression for him, which largely determined his further choice of a profession. Later in 1987, a performance by Rezo Gabriadze was brought to Moscow, which the Georgian director dedicated to the memory of Anatoly Efros, who had just passed away.

"Everyone is here." is an artist's confession, saturated with light sadness for the irreversible, a gentle clownery through tears, and at the same time, it is an opportunity to make-believe, for at least an hour forty-five minutes, that all the people whom each of us has ever lost, in fact, did not go anywhere.

"Every artist has his own Amarcord time. Especially if he is a lyricist, a poet. For an undoubted lyricist Dmitry Krymov, this time could not but come.