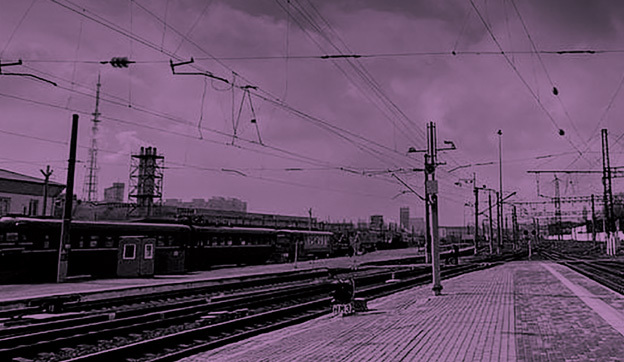 A site-specific opera based on Andrey Platonov’s novel

Once Ivan Konshin, an artist from Andrey Platonov’s novel "A hometown resident", wanted to preserve the image of the old city in his paintings - the beauty of old streets, churches and hills, collecting it bit by bit. Now the music project "Geometry of Sound" restores this impression and invites a modern city dweller to see and, most importantly, hear the city anew, its hopes and silence, with the help of music. The sound becomes an expression of the recurring topics of Platonov's texts - native land, new birth, universal and personal memory.

What if that bright future of Voronezh, which Andrey Platonov wrote about, has already arrived and is embodied in you, its current inhabitants?

In the opera " Hometown residents", viewers will be able to feel involvement with the fate of the city and hear its voice through the sound of voices and instruments, through the singing of the city by itself.

The site-specific chamber opera, in which Voronezh is the main character, will be held at the railway station. This is the place of the first meeting, the place of acquaintance with the city for any tourist. At midnight, to the sound of beeps, the audience will set off into the night, to the unknown Voronezh, to its past and "immortal hopes".

The sounds of war, the weeping of streets and churches, created from the environment, take on their flesh, emphasising the beauty and horror of Stalin Empire architecture.

The noise of the station and the trains themselves, the singing of the "townspeople", and the sound of musical instruments in unison with the loudspeaker – all that creates a united score of the good old Voronezh, which has disappeared and is ready to revive again, which the artist Konshin dreamed of.

In the text of 1945, Andrey Platonov writes about the old, immortal hope that the unjustly ruined and perished will surely reappear in the world. And he chooses an intact brick from Voronezh, destroyed by the war, so that the city appears in a more perfect and beautiful form.

Daniil Posazhennikov is a composer-director. He is the creator of the "Geometry of Sound" project. He has done more than 30 music performances and projects at various venues, including the Museum of Moscow, the Moscow Tchaikovsky Conservatory and MAMM. He is also the music director of the festival "Place. Smolensk". In 2021, the ballet "The Last Tea Party" (choreographer Ksenia Mikheeva, composer Daniil Posazhennikov) won the "Golden Mask" Award in the "Contemporary Dance" nomination as the best performance.

He is the laureate of international competitions, participant of international academies and theatre laboratories. He constantly collaborates with musicians from Yuri Bashmet's chamber ensemble "Moscow Soloists". He is a resident of the Moscow Contemporary Music Ensemble (MCME) in the 2020/21 season.

She is the participant of numerous exhibitions and independent art projects, the co-author and the chief artist of the "Zamysly" magazine, the artist of the "Geometry of Sound" project.