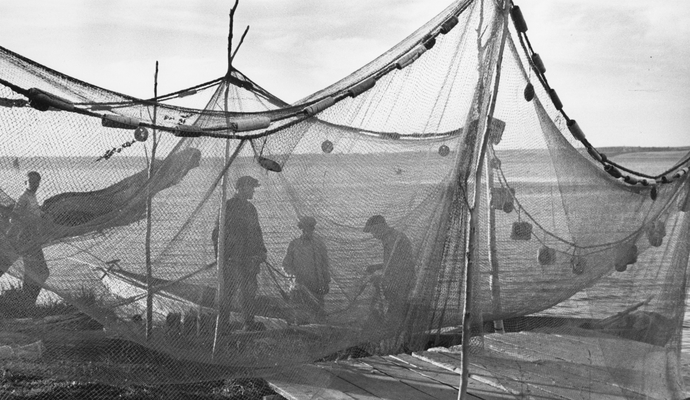 Mikhail Prekhner (1911-1941) - an outstanding representative of the Russian avant-garde, one of the classics of Russian constructivist photography, a contemporary of Alexander Rodchenko and Andrey Platonov.

The magazines that Prekhner collaborated with marked the golden age of the Soviet graphic design, "Radio Listener", "Moscow Says", and "the USSR at a construction site" being among them.

After seeking success at the exhibition "The masters of the Soviet Photographic Art" in 1935, after getting published in the "Soviet Photo" magazine with a separate material, which noted the combination of Rodchenkov's sharp angles with Prechner's lyricism and freshness of intonation, after getting awarded a silver medal at an exhibition in Antwerp, it seemed that there was a long life and a bright career lying ahead...

Mikhail Prekhner died while filming the battles for Tallinn durin the first year of the Great Patriotic War. His artistic legacy was forgotten for a long time.

The photographs of Mikhail Prekhner that were saved thanks to the archive of his daughter, were presented in the projects of the Union of Photographers at group exhibitions in recent years: "The Age of Optimism", "The beach", "The wildebeest", "Art and Propaganda in Soviet Photography" and many others. The first personal exhibition of the master was held in the "Fotosoyuz" gallery of the Union of Russian Photographers in the spring of 2008. Subsequent retrospective solo exhibitions were presented at the MAMM in 2013 and 2018, which now houses a collection of the photographer's work.

The exhibition "Mikhail Prekhner ..." presents photographs taken in the 30s, as well as several photographs from the period of 1940-1941, created for the album "The First Cavalry Army" as well as reports from the I Congress of Soviet Writers and about the new Moscow, pictures from working trips on the assignment of the magazines "USSR in construction" and "On the construction site of MTS and state farms."

The pre-war photographs, carefully attributed by the MAMM employees, provide an opportunity to get acquainted with Soviet modernism in photography.

The Multimedia Art Museum, Moscow (MAMM) is a museum and an exhibition complex, the first museum in Russia specialising in photography, video and media art which was founded in 1996. The museum has hosted exhibitions of many photographers as Georgiy Petrusov, Henri Cartier-Bresson, Annie Leibovitz and many others, has participated in the Platonov Arts Festival repeatedly.