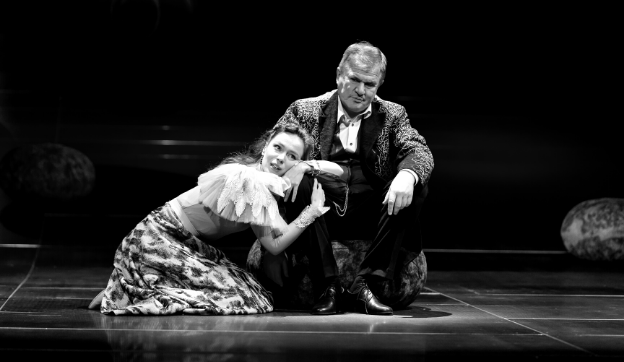 The new performance by Vladimir Petrov, artistic director of the Drama Theatre named after A. Koltsov, laureate of the "Golden Mask" award and the Central Federal District award in the "Theatre Art" nomination, is played in an emphatically ascetic space: nothing distracts attention from the acting and Lermontov's brilliant text.

A play in verse is a rarity for modern theatre. Demonstrating all the beauty and power of the Russian language, it makes high demands on the professional qualities of the performers. Open emotions, subtle psychologism and symbolism of the production create an entertaining and deep performance.

For the role of Arbenin, People's Artist of the Russian Federation Sergei Karpov received the theatrical award "Bravo!".