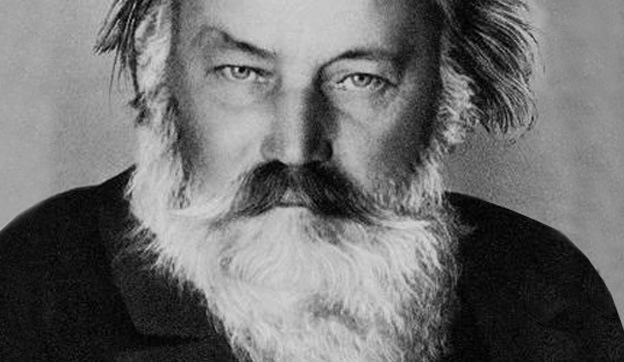 The concert will take place instead of the performance of the Modigliani Quartet.

Johannes Brahms - String Sextet No. 1 in B flat major, Op.18

Hayk Kazazyan is one of the most demanded violinists of his generation.

He studied with Eduard Grach at the Moscow Secondary Special Music School named after the Gnessins (1996–2000) and Tchaikovsky Moscow State Conservatory (2000-2006), as well as Ilya Rashkovskiy at the Royal College of Music in London (2006-2008).

He currently performs at renowned venues including Carnegie Hall in New York, the Berlin Philharmonic Hall, Barbican Hall and Wigmore Hall in London and many others.

Nikita Borisoglebsky is one of the brightest Russian violinists of the younger generation.

Graduated from the Moscow State Conservatory and postgraduate course (class of Professor Eduard Grach and Associate Professor Tatiana Berkul'), then continued his studies under the guidance of Augustin Dumais in Brussels and Anna Chumachenco in Kronberg.

He is a laureate of many international music competitions and was given a number of prestigious awards from various foundations and the Government of Russia: Violinist of the Year by the Maya Plisetskaya and Rodion Shchedrin International Foundation (USA, 2009), Virtuoso Prize of the Italian Academy of String Instruments and the Antonio Stradivari Society (Cremona, 2011), the Jean Sibelius Medal from the Jean Sibelius Foundation (Helsinki, 2011).

The musician collaborates with renowned orchestras and outstanding conductors, including: Valery Gergiev, Vladimir Fedoseyev, Krzysztof Penderecki, Yuri Simonov and many others.

Plays the unique violin made by the Italian master Matteo Goffriller in the 1720s.

Fedor Belugin is a bright representative of a new generation of musicians, combining in his playing the best traditions of the "Russian violin school" and modern tendencies of performing in the XXI century. Fedor successfully combines solo concert activities and teaching at the Tchaikovsky Moscow State Conservatory, while being a member and one of the founders of the David Oistrakh String Quartet.

Alexander Ramm is one of the most demanded and gifted cellists of his generation.

He graduated from Tchaikovsky Moscow State Conservatory (cello class of Natalia Shakhovskaya, class of the chamber ensemble of Alexander Bonduryansky) and postgraduate course at the Conservatory. Improved at the Hanns Eisler School of Music Berlin (class of Frans Helmerson).

Since 2012 he has been a soloist of the St. Petersburg House of Music, and since 2011 - a participant in concert programmess of the Moscow State Philharmonic, including the Stars of the XXI Century project. He regularly performs at the Moscow Easter Festival.

Since 2011 he has been playing the instrument of the famous contemporary master Gabriel Gebran Jakub, provided by the Shreve family (Amsterdam) and Elena Lukyanova (Moscow).

Boris Andrianov is one of the leading Russian musicians. The ideological inspirer and project manager for young musicians "Generation of Stars", for which in 2009 he was awarded the Russian government's prize in the sphere of culture. In 2008, Moscow hosted the first cello festival in the history of Russia - "VIVACELLO", the art director of which is Boris Andrianov.

In September 2007, the disc by Boris Andrianov and pianist Rem Urasin was selected by the English magazine "Gramophone" as the best chamber disc of the month. In 2003, Boris Andrianov's album, recorded in collaboration with the leading Russian guitarist Dmitry Illarionov, and released by the American company DELOS, was included in the preliminary list of "Grammy" nominees.

Boris Andrianov plays a unique instrument made by Domenico Montagnana from the State Collection of Unique Musical Instruments.

Johannes Brahms - String Sextet No. 1 in B flat major, Op.18