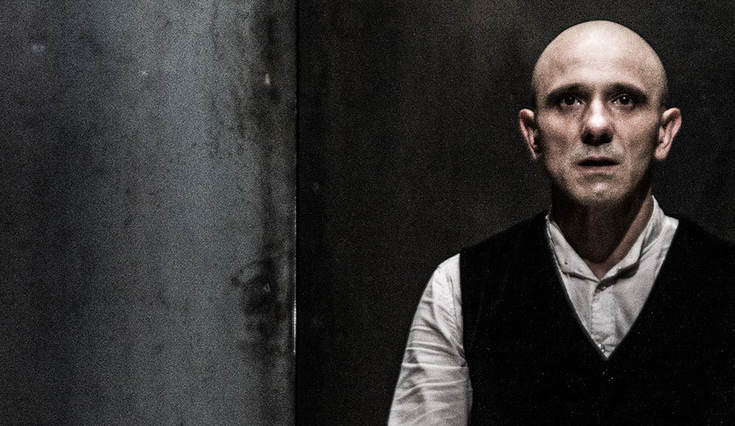 Laureate of Italy’s main theatre award UBU and the National Critics Award as the best performance of 2017.

The eternal story of a thirst for power, to satisfy which the Scottish Tan Macbeth is ready to use any means, unexpectedly well tolerated on the soil of medieval Sardinia with its vendetta and severe morals.

"Macbettu" is performed in Sardinian (according to the creators of the play, what in Italian sounds like literature, turns into a song in Sardinian) and, like in a Shakespeare theater, only male actors. Stones, iron, military poses, the remains of ancient Nuraga towers — all these images that appear in the almost empty space of the scene, affect the audience on a subconscious level.

"It is a complete artwork by Alessandro Serra that offers the spectator magnificently breath-taking visions".
KESKIPOHJANMAA NEWSPAPER (Finland)

"Between theatre and choreography, but also painting and music, fairy tale and ceremony, Macbettu meets favor wherever his tour leads it. The Shakespearian tragedy finds itself reincarnated in a living matter that history allows to last".
LA TRIBUNE (Switzerland)

"The show radiates Sardinian masculine energy, its metallic set echoes frantic voices and its sceneries are like rough, beautiful paintings… It is imaginative…"
AAMULEHTI NEWSPAPER (Finland)

"Enthralling, visionary, and apocalyptic. Like a Myth. It has evocative power as well as a contemporary sense of the tragic, recalling the wars displayed daily on televisions’ small screens, with their charge of mourning and tragedy".
LA NUOVA SARDEGNA (Italy)