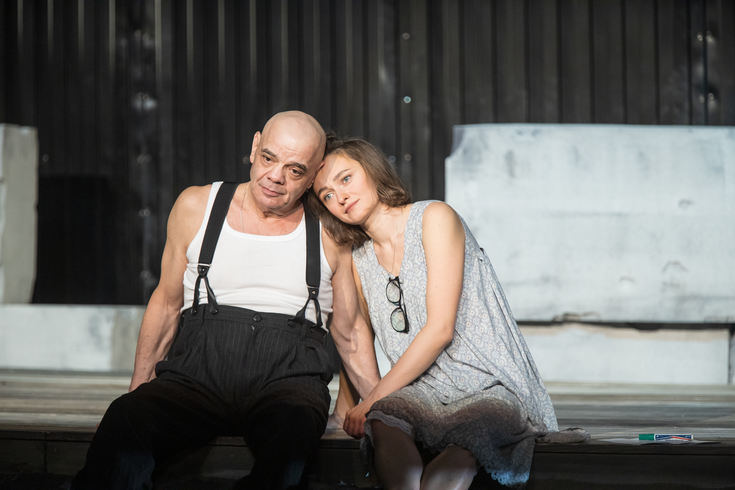 The fresh premiere of the Satyricon Theatre, which captivated the audience of the past Platonov Festival.

The performance is a paradox based on the little-known play, which at the same time contains the whole world of Ostrovsky. The part of the main character, an official Obroshenov, is played by Konstantin Raikin. However, the title characters of four more plays - "The thunderstorm", "Without a dowry", "The forest" and "The Snow Maiden" - are included in the performance:. The comedy changed the volume and went into the vast space of the Ostrovsky theatre.

"Here everything is a game and the jokers are absolutely all people, including the supreme forces that gave a human such a complex and curious phenomenon as life," — says Eugene Marcelli.

A rather poor official arranges his daughter’s wedding. It is easier for him to endure monetary humiliation under the mask of a jester. We see the wedding coming, but there are different patterns of love - from happy to corrupt, from unreciprocated to tragic - emerging onstage.

"It’s been a long time before we saw a performance marked by such mental health, such a brilliant team of both experienced and very young actors put on the Russian stage".