World Music in the White Well 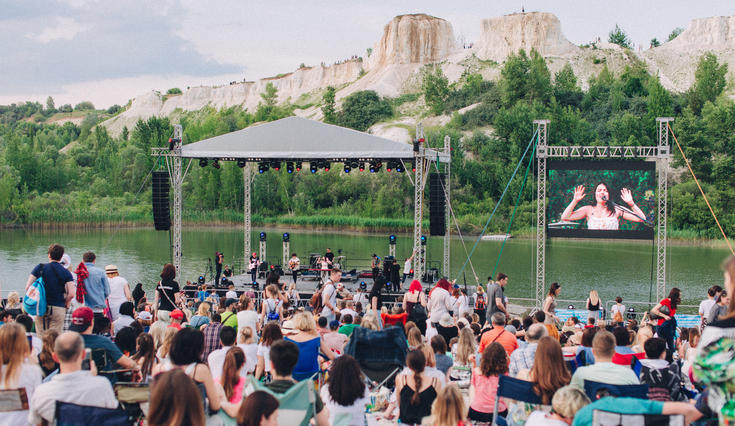 Chalk quarry White well (12 km from Voronezh along the Kursk highway).
Spectators can travel to the White Well and back on festival buses for free. For personal vehicles, free parking will be organized.

The concert that has already become traditional takes place on the beach by the lake, surrounded by chalk mountains and gathers new stars of contemporary folk on its stage. 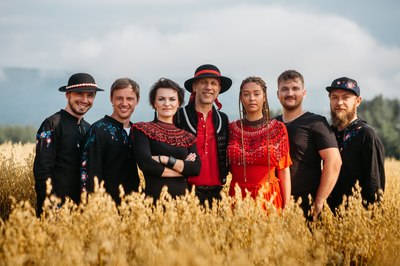 HRDZA band has existed since 1999. Its music combines the traditional culture of Slovakia, Eastern European folk elements and other influences. The impressive voice of the soloist Susanna Hara, who joined the group in 2016, adds another colorful detail to their work. HRDZA often performs at summer festivals and large outdoor venues and gives more than 60 concerts annually. The group has 5 full-length albums.

Only in 2019, HRDZA performed in four countries, its album "Neskrotený" took 4th place in World Music Charts Europe, and the song and video clip "Stefan" topped the "World Music Chart" on Ethnocloud.

“As soon as the first song begins, you realize that you have found something special. Music played with joy, music with a heart. Beautiful voices, the highest musicality and skillfully written songs are combined with genuine talent and delicate performance. These people do not just create music, they create real magic, mixing old and new in the surprisingly pleasant sound”.
WUWF Public Media (USA) 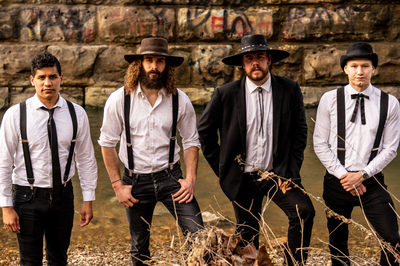 The Dead South is a Canadian band from Regina. Participants self-define their genre as blues-folk-rock with country elements, while many listeners attribute their work to bluegrass and garage rock.

The band's first studio album, The Ocean Went Mad and We Were to Blame, was released in 2013. Two more followed: Good Company and Illusion & Doubt. In 2016, the song and clip "In Hell I`ll Be In Good Company" gained popularity. 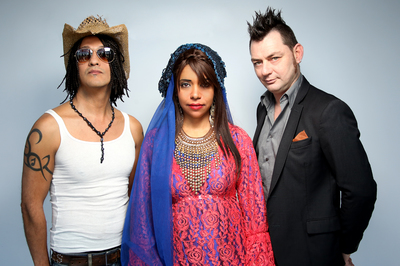 Orange Blossom is a French band that performs a mix of electronic and world music. Their songs sound in Arabic. Despite the fact that by default it is placed in the "world music" category, for 25 years its members have boldly combined rock, electronic music with Middle Eastern and African musical traditions and offer listeners an unusual musical journey, adding a unique visual range and breaking the usual “codes” of a concert.

The group was formed in Nantes in 1993 and named after the 1920s train immortalized by Erwin Rose and Chubby Wise's Orange Blossom Special violin. Over the course of its long history, the multinational composition of the group has undergone significant changes, and today its founders are Pierre-Jean Chabot (known as PJ Chabot) from France, Mexican Carlos Robles Arenas and vocalist Hend Elwary from Egypt, who joined the group in the 2014 year.

Their latest album, "Under the Shade of Violets", was released in 2014, and they are currently touring throughout France and the UK.

The leitmotif of the band’s music is precisely the mixture of something that would seem, at first glance, incompatible, because, in their opinion, the future lies precisely in the use of different styles of music. The trio travels a lot, loves to get acquainted with different cultures and lifestyles, and then reflects these motifs in their music. It presents history, culture and identity. The main task of musicians is to change the world so that people of different nationalities can live happily in the neighborhood, neither more nor less, because politics does not cope with their role as a unifying world force. The group is proud that they managed to go beyond the generally accepted standards and create their own, unlike any other style of music.

Famous fans include Robert Plant, a former lead singer of Led Zeppelin, who invited the musicians on a joint tour.

"I admire their obsessive rhythms and soulful vocals," — Plant says, — "This is calm hypnosis".

Chalk quarry White well (12 km from Voronezh along the Kursk highway).
Spectators can travel to the White Well and back on festival buses for free. For personal vehicles, free parking will be organized.