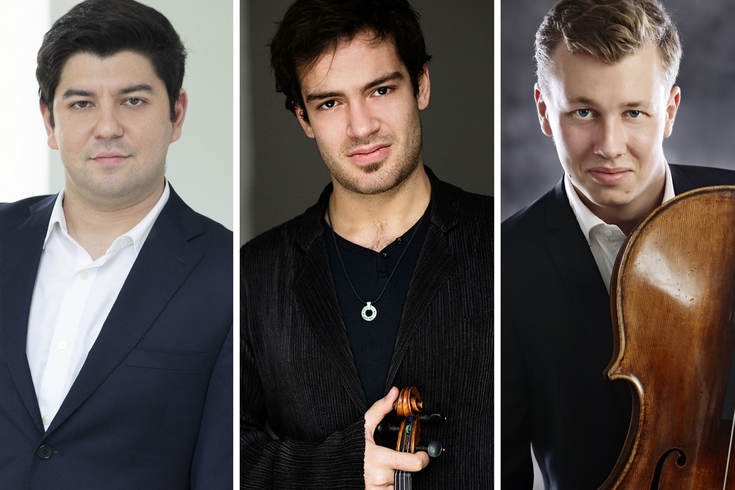 Behzod Abduraimov is one of the most sought-after young pianists in the world.

He participated in festivals in Verbier and Davos, the festival "Heidelberg Spring" and gave concerts at the Theater de la Ville in Paris and the Elbe Philharmonic in Hamburg. In 2016, he made his debut in London's Wigmore Hall and received the London Music Masters Award.

In 2017, Bushkova’s first album received the "Opening" prize of the magazine "Range" (Diapason découverte) and was nominated for the ICMA award.

Plays the violin by Antonio Stradivari (1721), owned by Eduard Wolfson.

He participated in the Stars of the White Nights festivals, the Schleswig-Holstein Music Festival, the festivals in Tammisaari, Mikkeli, Turku and Joroynen (Finland). In the 2017/18 season, he made his debut at the New York Lincoln Center.

He plays the cello by David Tekkler (1707), provided by the Finnish Cultural Foundation and uses the bow of Dominik Pekkate (1835).