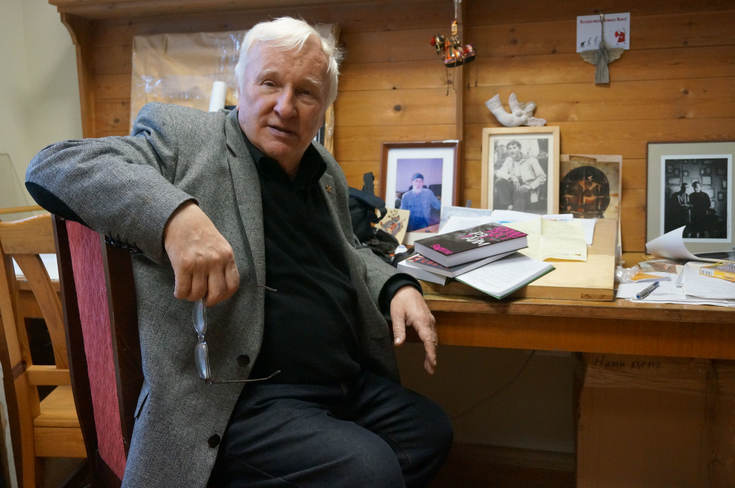 Eduard Kochergin is a well-known production designer and writer. He is a production designer at the Tovstonogov Bolshoi Drama Theatre. Member of the Russian Academy of Arts, People’s Artist of the Russian Soviet Federative Socialist Republic. Laureate of the USSR State Awards, Russian Federation National Award and many other awards. Laureate of the Platonov Literature and Arts Award (2019) “for versatility and dignity”.

Author of the books: “The angel’s puppet”, “Christened with crosses”, “The notes of a tablet rat”, “Tales of Shishova Lane”, "Russia, who is the last one?”. His literary works have been recognised with the award “National Bestseller” and the award named after Sergey Dovlatov “For achievements in modern Russian prose”.

Last year an exhibition of Eduard Kochergin’s theatre works was presented at Platonov Arts Festival, this year our audience will be able to discover this outstanding person from another angle – as a writer. The author will read chapters from his new book “Lidka Petrogradskaya”.