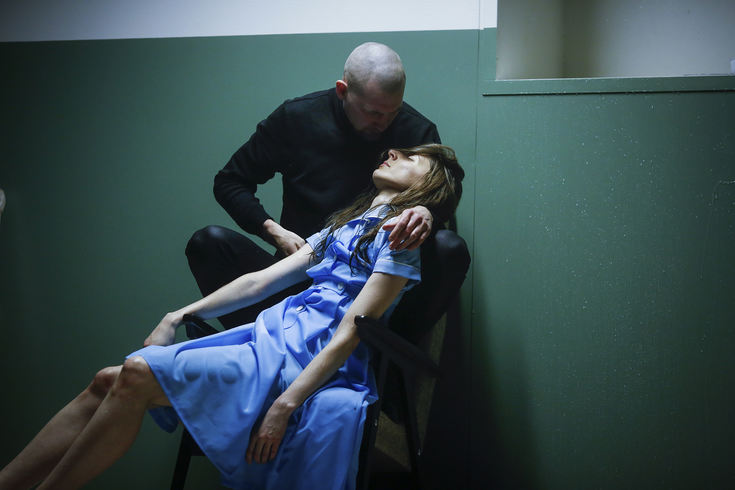 The plot, at first glance, seems quite simple: a Soviet soldier Nikita Firsov, having just returned from the civil war, is trying to build his life from scratch. However, what Platonov creates is a complex of messages and motifs where pagan beliefs and Christian images are intricately connected with the socialist idea of the new man.

The story is driven along the lines of the protagonist's mythological journey to the world of the dead and back. It is the return year-long journey with constant flashbacks that become the center of the narrative.

Balancing on the border between dramatical, visual and physical theatre, the play aims at depicting Platonov’s fragile and at times see-through reality. While remaining within the frames of our reality and our time, Sergey Chekhov rethinks the play in light of “new seriousness”, while not undermining Platonov’s ideals.

“The way the visual and the narrative, the messages and the feelings, the emotions and the logic, the past and the present, the ugly and the beautiful are out of synch, creates a unique and very tragic dramatic composition. The director’s narrative is created over Platonov’s one.”

«The play has a two-layer structure where the visual is separate from the sound: the play’s text is transmitted onto the stage from loudspeakers, while the actors on stage exist in the parallel reality of a nursing home, seemingly unconnected to the narrative of the play, and move around without pronouncing a word.”

“It seems that since Sokurov’s film “The Lonely Voice of Man” this has been the most up-to-date realization of this incredible piece of prose. What Chekhov creates on stage is limbo: the zone between death and the soul’s birth.”

"“Potudan” in Pskov theatre is a free associations space.”

Sergey Chekhov has worked in such theatres as Novosibirsk Krasniy Fakel, Novokuznetsk Drama Theatre, Rostov 18+ Theatre, Kaliningrad Drama Theatre andmany others. He has staged “Colliding with a Butterfly” for Saint Petersburg theatre festival “Tochka Dostupa”. A National Theatre Golden Mask nominee as a director for “London”, he has received an award with the same play at Tobolsk Festival of Small Town Theatres in 2017.

Pskov Drama Theatre named after Pushkin dates back to 1898. Its stage witnessed the first works of such great Russian actors and actresses as E. Vitorgan, T. Rumyantseva, A. Azo, I. Krivoruchko and many others.  In the last few decades, Pskov Drama Theatre toured a lot both in Russia and abroad, participated in a number of festivals and received their awards. It is currently led by a famous Russian director Dmitry Meskhiev, who focuses on uniting under the theatre’s roof a number of young and talented directors. Among the theatre’s most famous recent plays are “Talents and Fans” by Vladimir Zolotar, “Kashtanka” by Julia Peresild, “The River Potudan” by Sergey Chekhov and “The Inspector General” by Petr Shershevsky.