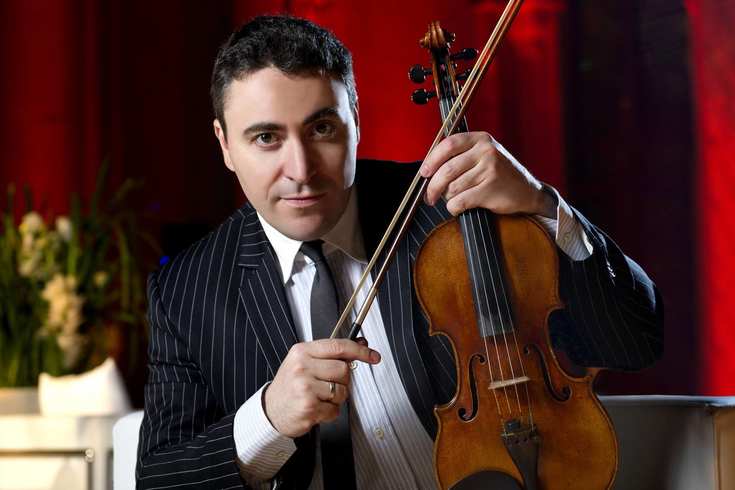 Maxim Vengerov is one of the most famous contemporary violinists. He is a winner of two Grammy awards, GLORIA Award founded by Mstislav Rostropovich and Shostakovich Prize awarded by Yuri Bashmet Charity Fund.

A few years ago Maxim Vengerov started to explore a new speciality – conducting. He took his first lessons from Vag Papyan, Ilya Musin’s student, consulted with Valery Gergiev and Vladimir Fedoseev, and since 2009 he has been studying under the supervision of an outstanding conductor Yuri Simonov.

Maxim Vengerov is a professor at Saarbrücken Higher School and Royal Academy of Music in London. In October 2011 the musician signed a 3-year contract as a professor at the International Menuhin Music Academy in Switzerland.

The concert will be performed at the Festival with the support of the Embassy of the State of Israel in Moscow, Russia.

“He's one of the most brilliant violinists you'll ever hear.”

“Beautifully shaped, gutsy and forthright, it had each note telling its own story, sometimes pausing for reflection or in surprise, sometimes pushing on eagerly.”

From 2012 to 2018 Anastasia was the first violin of All-Russian Youth Orchestra led by Yuri Bashmet, since 2014 she has been a participant and official ambassador of Verbier Festival Orchestra in Russia. In 2016 she trained in Menuhin Academy in Geneva (under the supervision of Maxim Vengerov). Since 2016 she has played in the State Symphony Orchestra “Novaya Rossiya” led by Yuri Bashmet.

The orchestra has performed with the following well-known soloists and conductors: M. Inoue, V. Chernushenko, A. Skulsky, J. Marot, A. Shilkloper, E. Mechetina, G. Murzha, F. Kempf, Yu. Rakhlin, F. Lips, B. Strulev, I. Sobotka and many others.