Boys Choir of the Choir School named after Mikhail Glinka 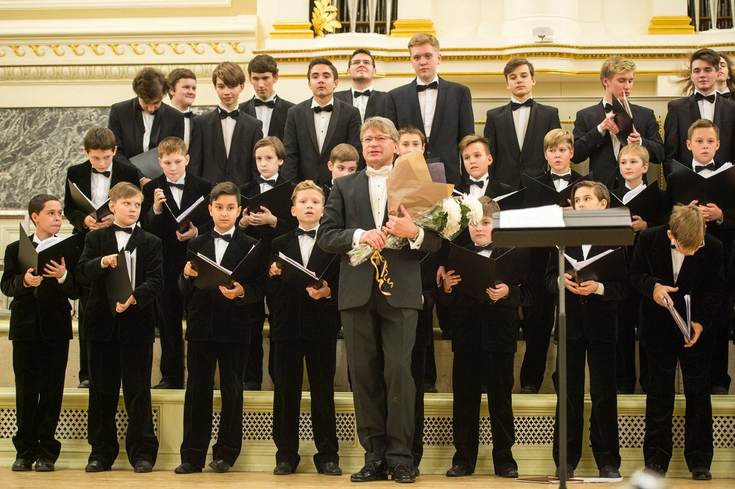 Boys choir (under Saint Petersburg State Academic (ex-Court) Chapel) is one of the oldest professional choirs in Russia. It dates back to 1479 when the Choir of young choristers under the Choir of Sovereign’s Chorister Scribes was established by the imperial edict of Grand Prince Ivan III.

The history of the choral school as an independent educational institution with a regular educational system dates back to 1856.

Among the graduates of the Choir School are V. Chernushenko, D. Kitayenko, A. Dmitriev, V. Atlantov, R. Martynov, S. Bychkov, A. Chistyakov, V. Uspensky, S. Legkov, V. Nesterov, A. Boreyko and many others.

Throughout the years the Boys Choir has been led by such distinguished choir conductors as A. Sveshnikov, P. Bogdanov, F. Kozlov. Since 1991 Vladimir Begletsov has been the artistic director of the choir.

The Boys Choir tours a lot, the audiences in Great Britain, German, Denmark, the USA, France, Spain, Switzerland, the Netherlands, Austria, Slovenia, Croatia, Latvia have enjoyed its rich emotionally charged sound. The Choir has sung in Berliner Philharmonie, Royal Albert Hall in London, United Nations Hall in New York, taken part in European Festival of Choirs in Switzerland, International Choir Festival in France and Latvia. The Choir has also participated in special cultural programmes under the sponsorship of the United Nations: Festival of Arts in Denmark, “300th anniversary of diplomatic relations between Russian and the Netherlands”, 300th anniversary of St Petersburg. The Choir has taken part in the cultural programme of G8 leaders in St Petersburg.

The Boys Choir has also participated in cultural programmes of Winter Olympic Games and Paralympic Games in Sochi, concerts dedicated to the opening of the second stage in Mariinsky Theatre; the singers also appear in many operas staged by Mariinsky, Mikhailovsky and the Bolshoi Theatre.