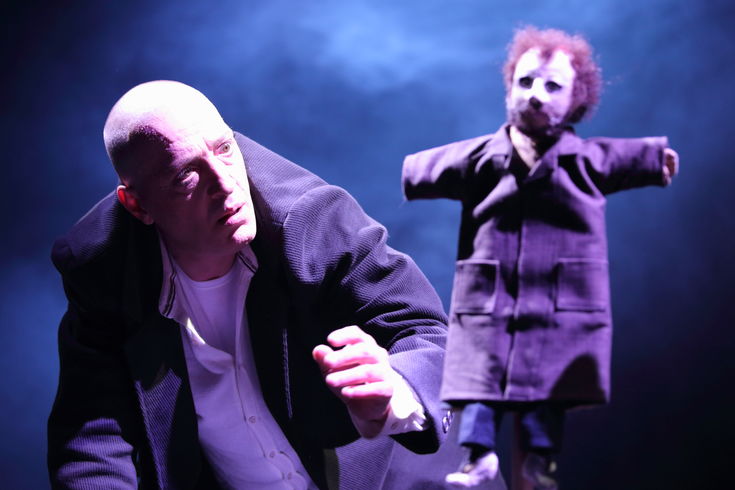 Robert Sturua is a legendary Georgian director, who has just turned 80. His works are on UNESCO Intangible Cultural Heritage List among the best plays of all times, yet Sturua keeps exploring and discovering new ideas. This time he wrote an adaptation of a book of stories by Erlom Akhvlediani, which became iconic in modern Georgia.

This is a collection of strange parables about Good Vano and Evil Nico, who decide to change places. For Robert Sturua it allowed an opportunity to create a poetic philosophical production of a paradoxical and unpredictable thread of life. Sturua’s poetic and metaphorical theatre is full of wise irony and love of rare quality.

«I do stage a lot of Georgian plays these days. A lot has happened in the last few years in Georgia, and I want to understand those particular events better. Whatever happens, no matter how controversial the event, how much good and evil are intertwined in it, there remain some constant unchangeable truths. Good will always be good and evil will always be evil. So even if evil does win sometimes, good eventually will become the ultimate winner.”

His first success came with a staging of “The Trial of Salem” by Arthur Miller in 1965 (original title: The Crucibles). Later, Sturua mounted spectacular, offbeat productions of The Caucasian Chalk Circle by Bertolt Brecht, Richard III, and King Lear, which brought him wide international acclaim.

Since late 1990s Sturua has been working a lot in Russia, staging plays in Satirikon and Et Cetera. The holder of numerous Georgian, Russian and Soviet theatre awards, he staged over 80 plays, 16 of which were directed abroad.

Shota Rustaveli Theatre – is one of leading Georgian drama theatres, well-known abroad, which was founded in 1879. Its history is closely connected with such great names as David Eristavi, Kote Mardzhanishvili, Aleksandr Akhmeteli and Mikhail Tumanishvili.

1960s saw the arrival of a new generation of directors, including Robert Sturua, the most outstanding of that group, who was to become the theatre’s artistic director and to stage there a great number of legendary plays.