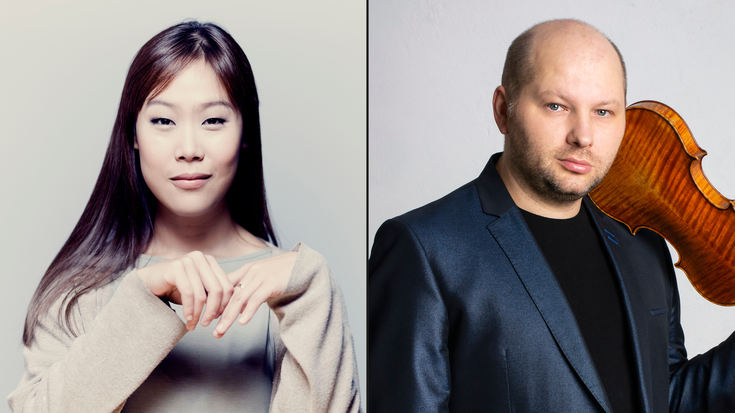 “The performances are outstanding and the recorded sound is excellent too.”

Yeol Eum Son’s graceful and timeless interpretations, crystalline touch and versatile, thrilling performances have caught the attention of audiences worldwide. Praised for her widely eclectic concerti repertoire, ranging from Bach and all-Mozart to Shchedrin and Gershwin, her recent concerto highlights include appearances with the Gürzenich-Orchester Köln, Konzerthausorchester Berlin and Bergen Philharmonic under the baton of Dmitrij Kitajenko; a debut Paris date with Orchestre Philharmonique de Radio France under Mikko Franck, and Mariinsky Theatre Orchestra under Valery Gergiev amongst others.

A sensitive, emotional and powerful pianist, Yeol Eum gives frequent solo and chamber music performances across the globe. Most recent recitals include debuts with San Francisco Chamber Music Society, The Phillips Collection in Washington DC and Scottish recital debut at the East Neuk Festival for which The Scotsman presides Yeol Eum for having found that vital emotional connection with the music and physically embracing its raw energy and dynamic extremes with ferocious virtuosity. Future significant recitals include the Welsh debut at the Royal Welsh College of Music, Turkish debut with Istanbul Recitals and at Moscow’s House of Music. Yeol Eum also returns to the Helsingborg Piano Festival, International Piano Series in Switzerland and to Berlin for a chamber concert with Spectrum Concerts Berlin at the Berliner Philharmonie Hall.

In 2018, Yeol Eum was appointed Artistic Director of PyeongChang Music Festival & School in her native Korea where she is responsible for programming both summer and winter festivals running at the recently built Olympic site in PyeongChang. Yeol Eum is Honorary Ambassador of the Seoul Arts Center and her home city of Wonju. A double Second Prize winner at the Tchaikovsky International Piano Competition in 2011 and at the 13th Van Cliburn International Piano Competition in 2009, Yeol Eum Son was a student of Arie Vardi at the Hochschule für Musik Theater und Medien Hannover in Germany, where she now lives. She holds a degree from the Korean National University of Arts.

“Yeol Eum Son, a model of clarity and fleetness.”