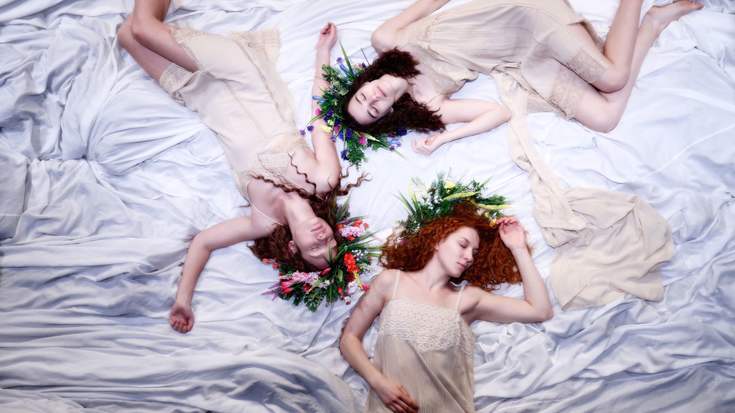 “Aphrodite” is one of few Platonov's short stories about love. The protagonist Nazar – the author’s alter ego – is longing for the love of his life – Natalia, whom he lovingly refers to as Aphrodite, after the Greek goddess. The script also uses extracts from Platonov's letters to his wife, which, to a large extent, were the foundation of the short story.

Voronezh Chamber Theatre is one of the most famous theatres in Russia, a participant of numerous festivals, including The Golden Mask National Theatre Award. The theatre's founder and artistic director is a famous director Mikhail Bychkov, the holder of Stanislavsky award and the Award named after Fyodor Volkov, delivered by the Russian Federation government for the contribution to the development of Russian theatre.

Chamber Theatre was founded in 1993. Its first play – Jean Racine's Bérénice –  was staged in 1994. 10 of its plays have been nominated for The Golden Mask National Theatre Award and twice it received the prestigious award: in 2002 Tatiana Kutikhina was awarded the Golden Mask as best actress and in 2015 “City Day” received the festival’s special award. In 2014 the theatre moved to a new building with two stages, purposefully built in the city center on Karl Marx street. In 2017, apart from drama cast, the theatre acquired its own dance group, which has already staged 3 shows and received two Golden Mask nominations. In 2015 the theatre will be celebrating its 25th anniversary.