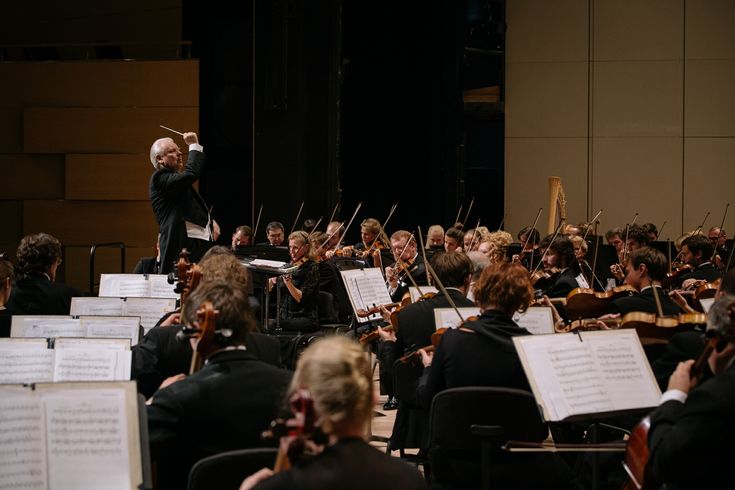 The orchestra’s artistic image and performing style have formed under the leadership of celebrated Russian conductors. The first one to head the orchestra was an eminent opera and symphony conductor of his time Samuil Samosud (1951–1957). In 1957–1959 the orchestra led by Natan Rakhlin was considered one of the best in the USSR. In 1958 the orchestra led by Kirill Kondrashin accompanied the triumphal performance of Van Cliburn at the I Tchaikovsky International competition, and later, in 1960, it became the first Russian symphony orchestra to tour the USA. In 1962 Igor Stravinsky conducted the orchestra while he was in Moscow.

After that, the orchestra has been led by Dmitri Kitayenko, Vasily Sinaisky, Mark Ermler.

In 1998 the orchestra was headed by the People’s Artist of the USSR Yuri Simonov. Under his leadership, the orchestra tours the world and is welcome at prestigious European stages.

Throughout the years the orchestra has performed under the direction of the best Russian and foreign conductors, including H. Abendroth, K. Sanderling, L. Maazel, B. Britten, Z. Mehta, K. Penderecki, M. Jansons. Almost all eminent soloists of the latter half of the 20th century and beginning of the 21st century have performed with the orchestra. The orchestra has been awarded the grant of the Government of the Russian Federation and the grant of the President of the Russian Federation.

Programme: I.Stravinsky – “The Firebird”, a suite from the ballet,
Works of S. Prokofiev and D. Shostakovich