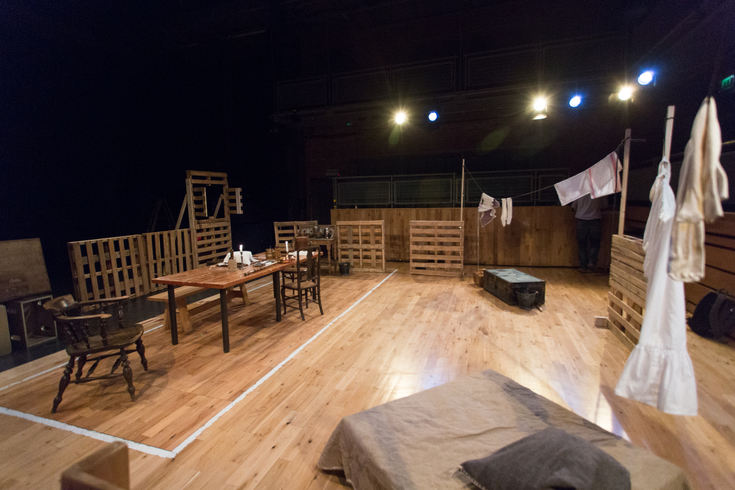 Platonov left us a legacy that is only now being actively discovered in the Western world. Bliss is a stage play based on Andrey Platonov’s The River Potudan. The story is set in post-civil-war 20s and is centred around a Soviet soldier Nikita returning to his home village, meeting his childhood friend Luba and trying to rebuild his life from scratch.

Fraser Grace is a British writer and dramatist, based in Cambridge. His play Breakfast with Mugabe was premiered by the Royal Shakespeare Company in Stratford-Upon-Avon and revived in the UK and the US, where it was shortlisted in the off-Broadway Awards, 2014, having earlier won the John Whiting Award in the UK. In 2017 his play Always Orange was chosen to help re-launch the RSC’s centre for new work, The Other Place.

Other plays include Perpetua (Verity Bargate Award); Gifts of War; Who Killed Mr Drum? (with Sylvester Stein); Frobisher’s Gold; The Lifesavers (short-listed TMA best new play); King David, Man of Blood; Kalashnikov, in the woods by the lake.  All are published by Oberon Books.

For six years, Fraser was director of the Masters’ Playwriting Studies course at the University of Birmingham and he is co-author with Clare Bayley of Playwriting: A Writers’ and Artists’ Companion (Bloomsbury, 2016).

In 2017, Fraser was made a Fellow of the Royal Literary Fund, resident at Anglia Ruskin University, Cambridge.

Fraser’s other passions include radio drama, short fiction and especially opera – most notably Don’t Breathe A Word, with composer Andrew Lovett. A new docu-drama screenplay, AK47: Kalashnikov’s Dream – based on his own stage play – is currently in production with Tempting Films.

Menagerie Theatre Company is a leading international theatre company based in Cambridge and working for 16 years with “the new play”. One of its main goals is searching for and supporting talented new playwrights. Apart from touring, the company runs workshops, playwriting courses and Hotbed – an annual festival in Cambridge, the UK