On the Centenary of Mieczyslaw Weinberg 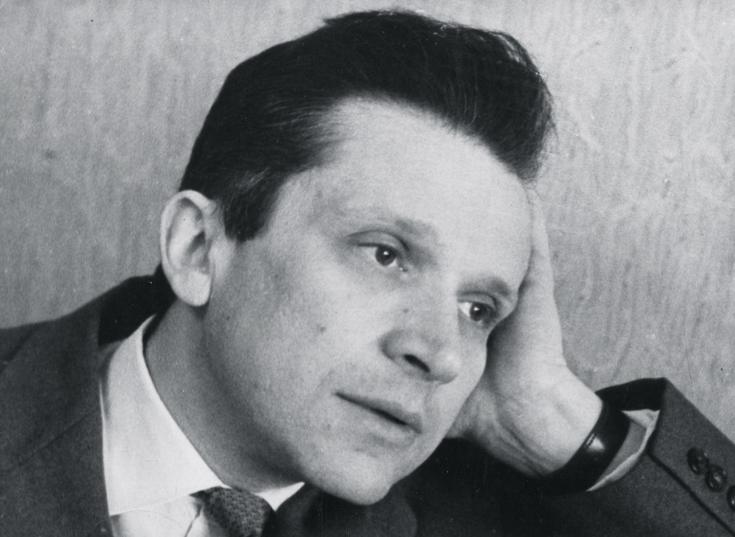 The name of Mieczyslaw (Moisey) Weinberg is widely known in the world of music. Dmitri Shostakovich considered him one of the most outstanding contemporary composers. An artist of great and original talent and high intelligence, Weinberg impresses with diversity of his artistic interests.

Today his heritage includes 19 symphonies, 2 symphonettes, 2 chamber symphonies, 7 operas, 4 operettas, 3 ballets, 17 string quartets, a quintet, 5 instrumental concerts and a great number of sonatas as well as music for numerous films and animated films (“The Cranes Are Flying”, “Afonya”, cartoon “Boniface’s Holiday”, cartoon series “Winnie-the-Pooh”), performances…His symphonic and chamber compositions have been played by the best performers of the country – from Emil Gilels and Mstislav Rostropovich to Rudolf Barshai Orchestra and the Borodin Quartet.

Andrey Ustinov is an activist, journalist, music historian, artist, critic, publisher, producer. One of the founders and since 1991 chief editor of the national newspaper and online publication “Muzykalnoye obozrenie” (“Music review”). Organiser, curator and art director of over 100 festival, concert, competition, exhibition, composer projects and philharmonic subscriptions. Honoured Artist of the Russian Federation. Member of the International Federation of Journalists. Honoured Member of the Union of Russian Composers, winner of the Union of Russian Composers Award named after Dmitri Shostakovich.

Ailen Pritchin is one of the most brilliant young Russian violinists. He graduated from Moscow State Conservatory (class of professor Eduard Grach). While studying, Pritchin won awards at many competitions including Kreisler competition in Vienna and Wieniawski competition in Poznan. In 2014 he also won the first prize of the Long-Thibaud-Crespin competition in Paris.

Ailen Pritchin actively tours in Russia and abroad performing as a soloist and as a chamber musician. In the 2017-2018 season, the violinist played with such orchestras as State Academic Symphony Orchestra “Evgeny Svetlanov”, Mariinsky Orchestra, Moscow Chamber Orchestra.

Among the musician’s concerts of the last season, the most notable ones have been Berg’s Concerto with Teodor Currentzis and MusicAeterna Orchestra, Schnittke’s Concerto No.4 with the Lille National Orchestra and tour with Moscow Philharmonic Orchestra led by Yuri Simonov.

Sergey Poltavsky is one of the most outstanding and demanded viola soloists, viola d’amore performers and chamber musicians of the young generation. He graduated from Moscow State Conservatory (class of Roman Balashov in the viola department of Yuri Bashmet). Winner of Togliatti International String Competition and Yuri Bashmet Competition.

He has played with such orchestras as “Novaya Rossiya”, Moscow Chamber Orchestra, Moscow Philharmonic Orchestra, “Moscow Soloists”, “Musica Aeterna”, “The Seasons” and others.

Boris Andrianov was born in 1976 to a family of musicians. He graduated from the Moscow Gnessins’ School of Music, later studying at the Moscow State Conservatoire (class of Natalia Shakhovskaya) and at the Hochschule für Musik Hanns Eisler under the tutelage of David Geringas. In 1991 Boris Andrianov was allocated a grant by the New Names programme.

Since 2005, Andrianov has played the “Domenico Montagnana” cello from the Russian State Collection of Unique Musical Instruments. Since 2009 he is a professor of Moscow State Tchaikovsky Conservatory.

Lukas Geniušas became a winner of various competitions at a young age, among them Gina Bachauer International Piano Competition (Salt Lake City) and Chopin International Competition (Warsaw). In 2012 he was awarded the German music prize Deutscher Pianistenpreis (Frankfurt am Main). In 2015 he received one of his most important awards: a silver medal at the XV International Tchaikovsky Competition (Moscow).

Vladislav Pesin graduated from the Saint Petersburg Conservatory as a violinist. He trained in “Sweelink-Conservatoire” (Amsterdam) as well as in Moscow State Conservatory (2001-2002).

In 2009–2012 he was the first violinist of Moscow State Glinka Quartet. In 2012–2014 he worked as a guest concertmaster of Orchestre National du Capitole de Toulouse led by Tugan Sokhiev.