Music in the Park of Ramon Castle 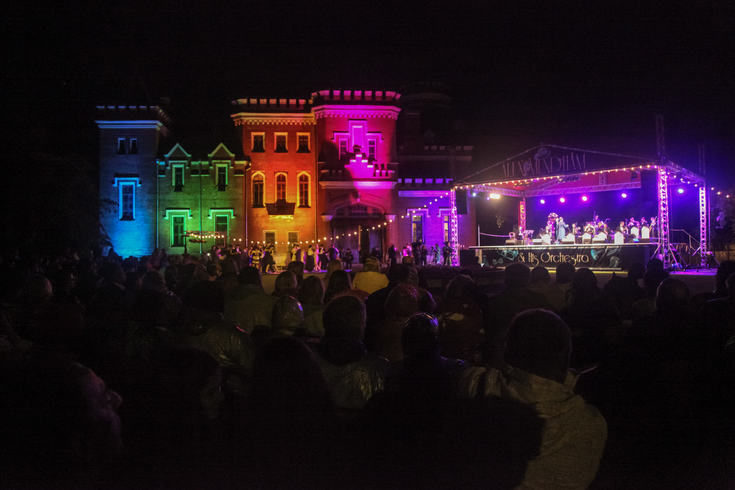 Every year Platonov Arts Festival arranges an open-air concert on one of the most beautiful stages just outside Voronezh – in the park of Ramon Castle. This year an Austrian band DelaDap will perform in Ramon. The name of another special guest will be announced separately. 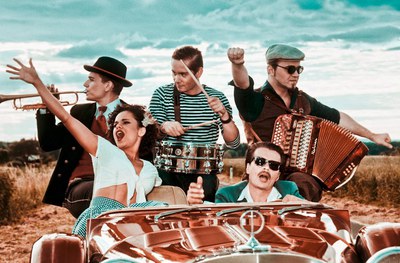 DelaDap is an Austrian music project founded by a DJ and producer Stani Vana. He has worked with musicians from Czech Republic, Serbia, Russia, Bosnia and Herzegovina, and at first the band performed a mix of Gypsy music and jazz. However, the release of 2012 album I Know What You Want has marked the DelaDap’s turn to dance urban pop-music with elements of club culture and folklore.

The name DelaDap means “Give me the beat” in Gypsy. In 2012 together with a singer Melinda Stoika the band participated in an Austrian selection contest for Eurovision in Baku with their song Don’t Turn Around (which is a later version of their hit Crazy Swing). The following year the band was nominated for Amadeus Awards for the album I Know What You Want.

In 2014 Yola B joined DelaDap as the vocalist, and since then there have been no changes with the members of the group. In July 2014 the band released a music video Listen Up which has become their second most popular video on Youtube (after Crazy Swing).

In 2017 DelaDap presented their new album called REJAZZED. The disk with 8 life-asserting songs is a quintessence of dance pop-jazz of the 21st century. 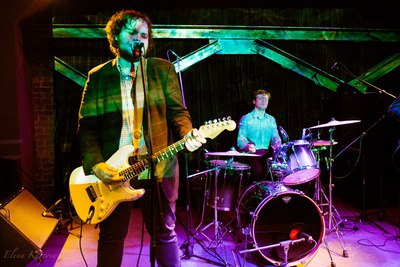 Anton Makarov is a young multi-instrumentalist, singer and songwriter from Moscow region.

At the age of 16 he was discussing the 1960s music with Dan Auerbach (The Black Keys) at 4 a.m. on a clubbing street in Berlin. Being 16, Anton performed at a Bike Show in Sevastopol in front of 20 000 people as a warm-up act for a Russian rock band Bi-2. A little later he released his first album Сareful Changes. All the instruments and song parts were recorded in Anton’s kitchen.

At the age of 17 he recorded an album of Nick Cave’s covers, which received good reviews from the members of The Bad Seeds as well as from a well-known American critic Larry Sloman, co-author of the book Scar Tissue written by Anthony Kiedis (Red Hot Chili Peppers).

By the age of 18 he has given several club and street concerts in Czech Republic, France, Germany, Spain and Latvia.

Anton released his second “kitchen” album The Office Man when he was 19. The album received appreciation from leading music magazines and websites in Russia. Anton was invited as a guest by radio stations “Mayak” and “RSN” and he also performed a concert on TV channel WBC. Rolling Stone’s editor-in-chief honoured him with a title of “propagandist of gothic Americana” while Hugh Cornwell (ex-The Stranglers) personally offered to meet him in Germany.

Being 20, Anton founded Zamkom Records and started the band called The Joyces, which went on a promotion tour around Russia and performed on the same stage with Lee Ranaldo (ex-SonicYouth).

On 12 October, 2016 Anton released his first Russian-language album “Chyorny Kabinet” which integrated vintage retro-sound into the context of the Russian language. The album was appreciated by listeners and critics. A tour around Russia was also organised to promote the album.

Anton spent last year working on a monumental double album Roses/Orchids, which was released on 11 October by Zamkom Records.

His name is Anton Makarov, and he is a student and a librarian, who writes songs with his mind and addresses them to the hearts of his listeners. He will perform an acoustic concert in Ramon.

“Makarov is totally musical: being a singer, songwriter, virtuoso guitarist and pianist, he also plays the violin, mandolin, tambourine, and harmonica. He does a “windmill” on his guitar just like Pete Townshend. He makes Morrison-like pauses. Mercilessly tortures the guitar and sweats the piano. Each of his moves is flexible and light as a professional’s”