At the most picturesque site of Platonov festival – on a stage by the lake, in the chalk quarry a one-day festival with participation of promising stars of world independent stage is going to be held for the fourth time.

This year the White Well holds three performers: "Creole Queen" Morgan Ji with the musicians, "The best Irish band" Saint Sister and the Dream-Pop team from Tel Aviv Lola Marsh, which will be the headliner of the concert.

On the day of the concert, the audience will be able to get to the White Well and back free of charge by festival buses. Free parking will be organized for private vehicles. 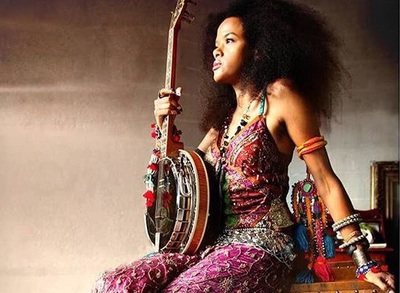 Morgane Ji is a striking singer originally from the island of Reunion. It all started with the record label World Patch B who were looking for unusual singers, and they offered to record one of Morgane’s songs. This was shortly followed by a debut album, “Noah’s Boat”, recorded in France and the UK.At this time, the UK music press described her as a “phenomenal singer”, and nicknamed her the “Creole Queen”. The Irish Times in Dublin awarded ‘Noah’s Boat’ 4 stars in their world music category.

Soon, they would create "InOrganic" and "Idiomes" albums, which affirmed Morgane Ji's unique musical style: mixture of rock and electronic, a unique voice (which can be described as a mixture of sensual and wild), idiomatic lyrical prose and Shamanesque cries.

Morgan Ji with the band will present their new album "Woman Soldier" at the Voronezh concert.

"An extraordinary voiced young metisse woman Her voice has an amazing range, both in pitch and tone,and she matches it with some really individual and snatchy songwriting " 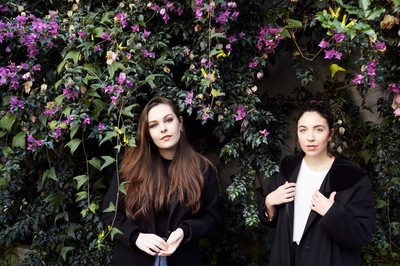 The duo have been touring extensively since their first EP was released in 2015 making their highly anticipated New York premiere. They have performed at numerous festivals: Glastonbury, Latitude, Electric Picnic, Longitude, The Great Escape, Reeperbahn Festival. In 2018 they are going to release their first album and perform in such places like Barbican (London), National Sawdust (New-York) and The Duncairn (Belfast). 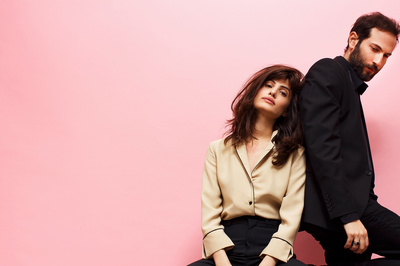 The band was formed as a duo in 2013 by the vocalist Yael Shoshana Cohen and Gil Landau (Guitars, Keyboards). Mati Gilad (Bass), Rami Osservaser (Guitar, Keyboards), Dekel Dvir (Drums and samplers) joined them shortly after. The group started performing in local clubs. They were quickly spotted by the leading local indie label Anova Music who signed the band.

Lola Marsh's music combines deep, warm, nostalgic vocals, heart-on-the-sleeve-lyrics and enchanting guitar melodies.Jason Grishkoff from Indie Shuffle described the band: "Lola Marsh does a superb job of slowly building up... bit by bit into something mesmerizing that has me waiting on bated breath for their debut album."

The band premiered their first single "Sirens", via Nylon Magazine in March 2015; Nylon said of the song: "The Dreamy Tel Aviv Band's latest song, "Sirens", offers a twist on the typical sweet-yet-gritty indie sound...The track seems ready made for Quentin Tarantino's next film score". It quickly received millions of streams and reached number 5 on Spotify's list of the Top 10 Most Viral Tracks in the US. The song was later featured in the American TV show Scream.

Following massive performances in leading festivals and after attracting media praise, they signed with Universal Music France and Sony ATV.

The band's second single, "You're Mine", was released in May 2015 via Pigeons and Planes. It garnered over six million plays on Spotify and landed in the service’s top 3 Most Viral Tracks as well as in the top 3 of Hype Machine's Most Popular Tracks ranking

Lola Marsh's debut EP, You're Mine, was released in January 2016. In April 2016 the band co-wrote an original song with Madsonik and Keith Power called "Drift And Fall Again", for the soundtrack of the feature film Criminal, which stars Gary Oldman, Tommy Lee Jones, Kevin Costner, Ryan Reynolds, Gal Gadot and other Hollywood famous actors.

Their third single, "She's a Rainbow", was released in May 2016. Lola Marsh’s debut record, “Remember Roses” was released in 2017 and was received with critical acclaim.

“Put them together, and singer Yael Shoshana Cohen and multi-instrumentalist Gil Landau mount a charm offensive powerful enough to knock down some pretty sturdy defenses. Performing as Lola Marsh, the Israeli musicians distill their sound down to a small set of spare, ingratiating ingredients. In the case of "Wishing Girl," those building blocks are simple but potent: a whistled hook, Landau's briskly strummed ukulele and Cohen's voice." 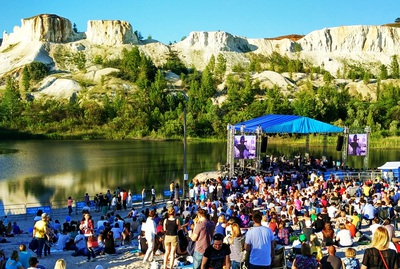