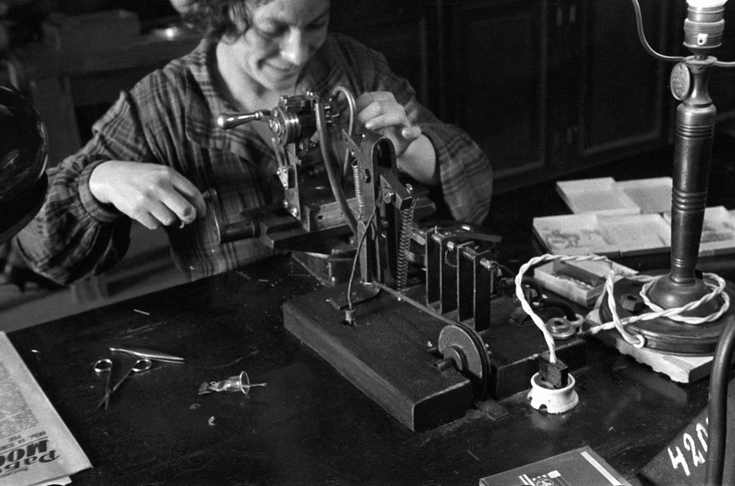 Over 70 photos taken by Alexander Rodchenko in 1920s will be presented at the exhibition. The photos are from the collection of the Multimedia Art Museum.

Alexander Rodchenko (1891-1956) laid the foundations of the Russian avant-garde, he was engaged in painting, sculpture, theatre and architecture; his posters and collages set new standards for design and advertising in the USSR. In addition, he was a prominent photographer and still is a symbol of Soviet photography.

Rodchenko got into photography in 1924. In late 1920s he started publishing his pilot angle shots in "Soviet Cinema" and "Novy LEF" magazines. He also did the first photo-reports for Soviet magazines.

He showed the world of a new Moscow, buildings, constructed by architects Alexander Vesnin, Moisei Ginzburg and Konstantin Melnikov. He showed vehicle assembly at AMO plant, generators at a power plant and production of light bulbs. He believed that the future belongs to the industrial world.

There is always a man near industrial machines on Rodchenko's photos. His characters are young and active people who are interested in everything. They work, study and do sports. He devoted a whole series of photos to morning exercises on the roof of a newly built student hostel in Lefortovo.

Multimedia Art Museum, Moscow (MAMM) is a museum and exhibition complex, the first museum in Russia specializing in photography, video and media art. It was founded in 1996. The exhibitions of such photographers as Georgy Petrusov, Henri Cartier-Bresson, Annie Leibovitz and many others were held at the museum.