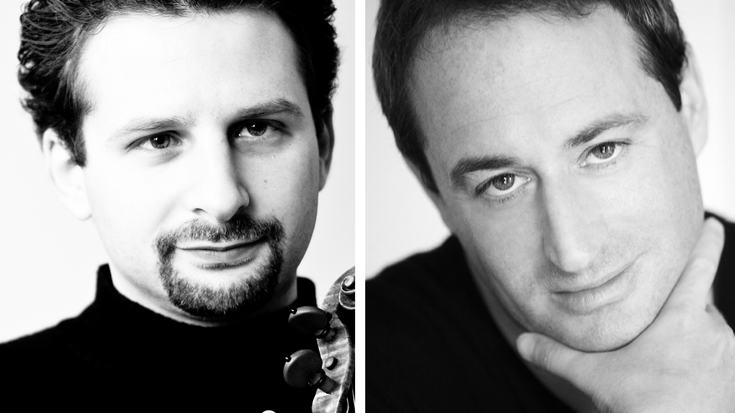 Itamar Golan is one of the most sought after pianists of his generation, has been partnering the most outstanding instrumentalists of our time. Born in Vilnius, he started his musical studies in Israel. At the age of 7 he gave his first concerts in Tel-Aviv. Golan was repeatedly awarded scholarships from the American-Israel Cultural Foundation which enabled him to study with Emanuel Krasovsky and Chaim Taub.Later under a full scholarship from the New England Conservatory of Boston, he was chosen to study with Leonard Shure. 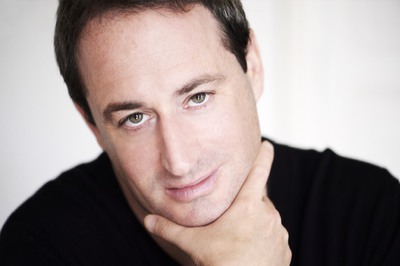 He is a frequent participant in many prestigious international music festivals, such as Salzburg, Verbier, Lucerne, Tanglewood, Ravinia, and has made a numerous recordings for big labels as Deutsche Grammophon, Warner Classics, Decca, Teldec, EMI and Sony Classical.

In 1991, Itamar Golan was nominated to the faculty of the Manhattan School of Music, making him one of their youngest teachers ever. Itamar resides in Paris, since 1994 he has taught chamber music at the Paris Conservatory.

Ilya Gringolts – is an outstanding Russian violinist who resides in Switzerland. He became world-famous for his extremely virtuosic playing and sensitive interpretations.

After studying in St. Petersburg with Tatiana Liberova and Jeanna Metallidi, he attended the Juilliard School of Music where he studied with Itzhak Perlman. In 1998 he won the International Violin Competition Premio Paganini in Genoa, as the youngest first prize winner in the history of the competition.

The current season Ilya Gringolts started successfully with highly-praised solo recitals at the Musikfest Berlin and the Salzburger Festspiele (“A performance of the century”, Der Standard). Further appearances include concerts at the Cologne Philharmonie, Stockholm Konserthuset, Festspielhaus Baden-Baden and Teatro Colón in Buenos Aires as well as collaborations with orchestras such as the BBC Scottish, Barcelona Symphony and Taipei Symphony.

Ilya Gringolts is also first violinist of the Gringolts Quartet, which he founded in 2008. As a keen chamber musician he collaborates with such artists as Yuri Bashmet, David Kadouch, Itamar Golan, Peter Laul, Aleksandar Madzar, Nicolas Altstaedt, Andreas Ottensamer, Antoine Tamestit and Jörg Widmann, and is a regular guest at the festivals in Lucerne, Kuhmo, Verbier, Colmar and Bucharest, Menuhin Festival Gstaad, as well as the London Wigmore Hall, the La Fenice Theatre in Venice and St. Petersburg Philharmonia.

Gringolts addresses much to seldom-played and contemporary works. He has premiered many compositions by Peter Maxwell Davies, Augusta Read Thomas, Christophe Bertrand and Michael Jarrell. He collaborates with the labels such as the Deutsche Grammophon, BIS, Hyperion, Onyx, Orchid Classics.

Professor at the Zurich Academy of the Arts and International Fellow at the Royal Scottish Academy of Music and Drama in Glasgow. Ilya Gringolts plays a Giuseppe Guarneri violin, 1742-43, on loan from a private collection.

«Where we were once content simply to marvel at the pyrotechnics, now, because of Gringolts’ acute sense of timing and close attention to dynamics, we hear the music.»
Gramophone