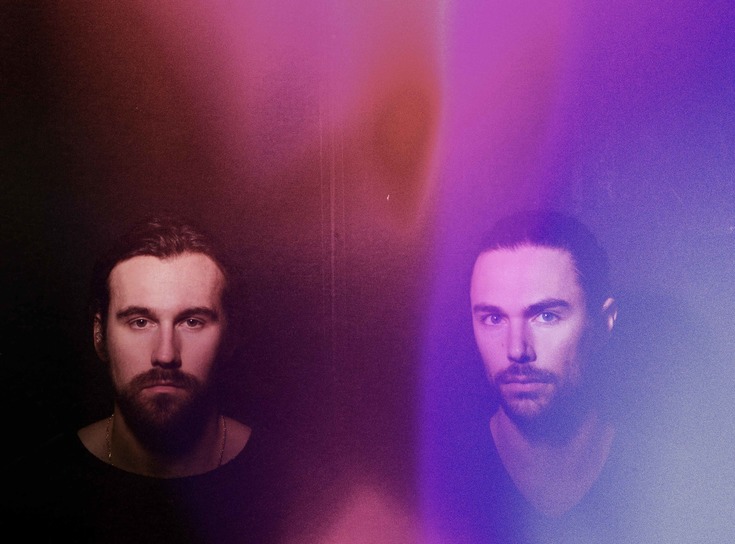 First Russian concert of American group «Tall Heights» is going to be held at Platonov festival. This promising folk-duet of Tim Harrington (guitar, vocal) and Paul Wright (cello and vocal) was formed in 2010 in Boston.

Their music excels with progressive sounding and beautiful arrangements, harmonization and their singing -  with prowess and high notes, that, maybe gave the name to the duo. ‘Tall Heights’ are often compared with “Fleet Foxes”, “Bon Iver” и “Arcade Fire”.

Harrington and Wright are Friends from the early childhood. They have grown up in the central

Massachusetts town of Sturbridge, and have started their career by performing on the streets of Boston.

Their early music is peculiar with simplicity and minimalism, they worked out the acoustic sounding and learned to keep the audience attention. “It taught us to be lean and mean and effective with just two voices and two instruments,” Harrington says. “It made us consider vocal tone and the way voices can mesh and interact.”

However, being in a search of the self-expression way, musicians decided to «polish» their sounding and since 2015 electronic found place in their compositions.  It was the year when their most famous single «Spirit Cold» was released. “The Wall Street Journal” was first to estimate the song: “In addition to finger-picked guitar, swelling cello and tight,​ ​prismatic vocal harmonies, ‘Spirit Cold’ boasts a bold, airy drum part​ ​that propels the song through the peaks and troughs of the​ ​arrangement.”​

Now musicians have five disks under the belt. The last one is «Neptune», that was recorded at “Sony Music Masterworks” studio and was listened for million times at Spotify.  Neptune is a far lusher construct: along with pristine and emotive vocal harmonies, there’s subtly chugging electric guitar and a spare descending bassline on “Iron in the Fire,” ethereal synthesizers and a spacious drum part on “Spirit Cold,” a brittle splash of percussion to open “Backwards and Forwards” and feedback created by two cellphones on “Cross My Mind.”

The premiers of their songs took place on “The Wall Street Journal” and “Stereogum” portals , on “Fuse” channel (“Iron in the Fire”  song was called «stunning») and on the  National Public Radio (Washington). The  “SPIN” Magazine has included the group into the «Five new artists that you must listen» list, the “Paste” Magazine included them into its series «Best of What’s Next”.

In 2016 “Tall Heights”  were invited to the talk-show “Conan” with Conan O’Brien, where they’ve performed «Spirit Cold» song.

They have toured all over the United States, participated in different music festivals, including Best Kept Secret in the Netherlands. They have performed together with Hose Gonzalez, Mark Cohn and the “Wild Child”, “Lola Marsh”, “The Wood Brothers” и “Shook Twins” bands.

«It’s a contemporary sound that is not without its ageless qualities».

«In addition to finger-picked guitar, swelling cello and tight, ​ prismatic vocal harmonies, ‘Spirit Cold’ boasts a bold, airy drum part​ ​that propels the song through the peaks and troughs of the​ ​arrangement».

«There have been many bands in recent years that have employed beautiful close harmonies, but when you add the strings and the great songwriting, Tall Heights is a notch above the pack».