When winter starts to warm up

Based on the novels by Andrey Platonov
Main programme 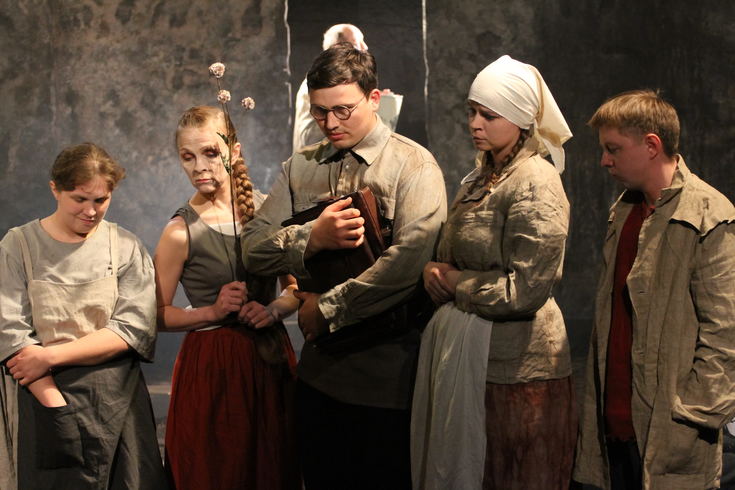 “When winter starts to warm up” – performance based on the novels by Andrey Platonov “Semyon”, “Yushka”, “Lady Rose” and personal stories of the artists. They are all assembled by the subject of love. Platonov creates a different world at his works, which he populates by the characters with a rare gift of love, desire to live and do good.

Irina Astafieva graduated from Altai State Academy of Culture and Arts as well as The Shchukin Theatre Institute at the Vakhtangov Theatre with a drama director degree. She studied traditions of the Japan and Chinese theatre schools. Director of the Altai Regional Drama Theater named after V.M.Shukshin in Barnaul, directing, acting skills and stage movement teacher at the Altai Regional College of Culture. She staged performances at the Altai Youth Theatre and Motyginsky Drama Theater.

The Maxim Gorky Komi-Permyak Drama Theatre was founded in 1931, the main part of the troupe were professional actors from Sverdlovsk. The same year the first national studio was gathered and it was later renamed into Kolkhoz Youth Theatre (TKOM). Since 1935 the theatre is named after Maxim Gorky.

The theatre is located in Kudymkar city – the administrative centre of the Permskiy district of the Perm region. Performances are shown in Russian and Komi-Permyak languages.

The theatre was awarded for the great achievements in creative activities with the Order of Badge of Honor in 1981. The theatre is a laureate of the RF Government Prize named after F. Volkov for the contribution to the development of theatre art (2012).