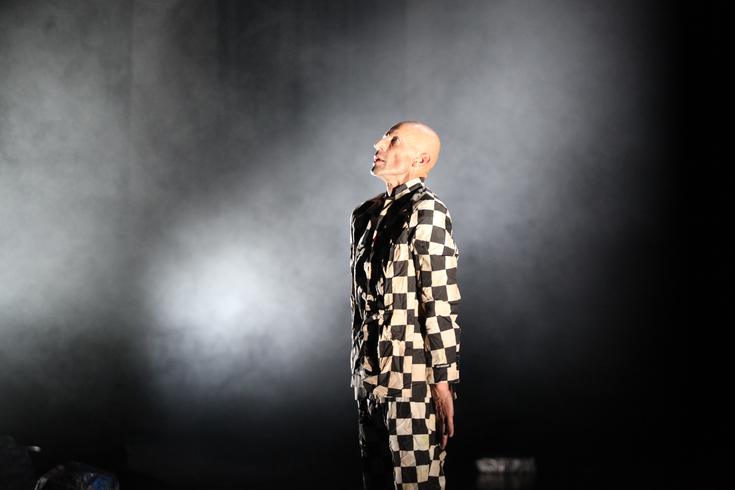 “Last Clown On Earth” is a new production of the DEREVO Theatre. The leading part is played by its founder Anton Adasinsky, in this performance he is calling for perpetuating the cosmic figure of the Clown, prohibition of living without laughter and confirming how great the Sacrifice that the Actor must bring must be to make his work remembered forever.

Anton Adasinsky is an actor, director, choreographer, leader and ideologist of the DEREVO Theatre. Mr. Adasinsky worked as an actor at the Slava Polunin’s pantomime theatre “Litsedei” for 6 years, staged shows in the tradition of the proletarian mass culture for the band “AVIA”. He participated in the filming of the documentary “Rock” by Alexei Uchitel (1987). In 2001 Anton Adasinsky played the part of Drosselmeyer in the ballet “The Nutcracker” at the Mariinsky Theatre (staged by Mikhail Shemyakin). In 2013 he received the Nika Awards for the best male part in the film by Aleksandr Sokurov “Faust”.

DEREVO Theatre was founded in 1988 Leningrad by Anton Adasinsky. Touring and participating in largest international festivals, the theatre received critical acclaim from around the world. In particular, the “Golden Mask” Award was received for the performance “Ketzal”, the prize of the Akademie der Künste in Berlin, the Edinburgh Festival awards, and other prizes. Now the theatre is based in Dresden, Germany.

It is difficult to say to which genre the DEREVO productions belong: whether it is physical or pantomime theatre, Buto Dance or Commedia dell'arte? The participants of the project say that the theatre is exploring the synthetic nature of art, the fundamentals of performativity and the possibility of a psychophysical apparatus of a man. The DEREVO Theatre mixes dance, pantomime, clownery, and many other expressive techniques in its performances.