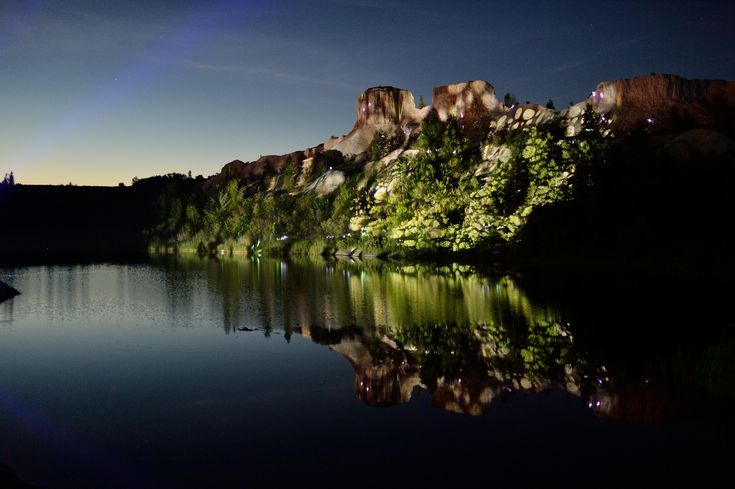 At the day of the concert, you can get to the White Well from the Lenin Square and back free of charge by festival buses. Free parking will be organized for private vehicles.

We recommend to bring blankets and mats to comfortably stay on the beach.

World Music in White Well Quarry open-air is a project, successfully launched within Platonov festival edition-2015. The music marathon set against the backdrop of a picturesque lake brought to the chalk quarry (which has now been dubbed “Voronezh Grand Canyon”) more than three thousand spectators. The people who visited White Well in 2015 and 2016 made a number of musical discoveries, the coming open-air promises even more Russian premieres.

We are going to enjoy the performances of new and ultra-new stars of the world independent music stage, those who have conquered most major international festivals and yet have not become a part of mainstream culture hyped by the Russian popular radio stations. World Music in White Well is an essence of current folk striving for a modern rendition, a mixture of genres and styles, giving a rise to something new out of fusion of seemingly incompatible elements. 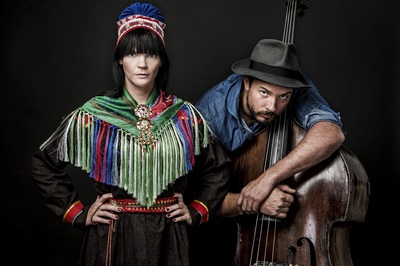 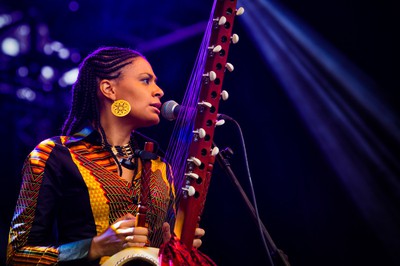 Sona Jobarteh is the first female Kora virtuoso to come from a prestigious west African Griot family. Breaking away from tradition, she is a modern day pioneer in an ancient, male-dominated hereditary tradition that has been exclusively handed down from father to son for the past seven centuries.

Also a composer, producer and multi-instrumentalists, Sona is one of the most exciting new talents from the West African Griot tradition to hit the stage in recent years.

Sona has an effortless ability to blend musical styles and uses her innovative stance to talk about issues to do with cultural identity, gender, love and respect whilst still adhering to and rooting herself firmly in her traditional cultural heritage. Sona represents her tradition in a way that is easily accessible to her audiences from around the world, who are drawn in by her captivating voice, strong rhythms and catchy melodies. 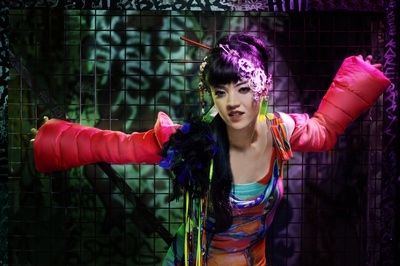 Maia is a unique Japanese/French singer and flutist. She sings using a special throat technique from a small island in the South of Japan, mixing it with modern and electric sounds. But the flute is her first instrument. She grew up on classical music and jazz, and transformed the way she played as she started making her own music improvising, singing with her flute and using it as a percussion. Because of her background, her childhood spent traveling and listening to live music from all around the world, her music takes us deeply into Japan but resonates sometimes with singing from Gipsy, Middle Eastern or African musical traditions.

The earthquake and the nuclear accident that hit Japan on March 11, 2011 marked a turning point in Maïa's development as a musician. The man-made catastrophy and the destruction that followed pushed her to reroot herself deeply in the musical traditions of Japan, gathering the songs of fishermen, villagers, peasants in the region of Fukushima, and take them out to the wider world, in her own interpretation, as a testimony of the richness and the power of an area now reduced to rubble. Maïa has already released a few albums in Japan and performed with artists like Cyro Baptista, Arto Lindsay, Kip Hanrahan and Yasuaki Shimizu. But this project produced by Martin Meissonnier is completely new. Now based in her second home country, France, she embarks on new adventures with her band combining music, dance and VJ.The album will be released in september 2014 in Europe.

With a powerful musicianship and an instinct unbound by national borders, Maïa offers a wide musical landscape where melancholy and madness ride on percussive grooves, trance-like dance tunes and stripped down a cappella singing. 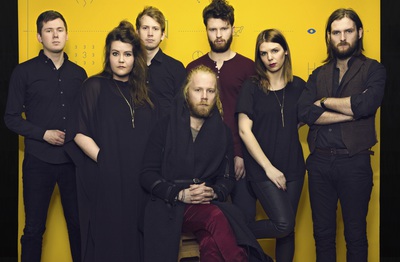 Hjaltalín from Reykjavik plays amazingly warm, gentle and melodic music. The vocal combination of a man and a girl merge harmonically complementing each other in songs in English and Icelandic.

In their current line-up the band performs since 2008. The band’s founder – vocalist and guitar player Högni Egilsson was a member of a famous band GusGus for a long time. The second vocalist Sigríður Thorlacius is known for her solo-projects and concerts with Icelandic symphony orchestra. In addition to a guitar there are bass, keyboards, violin and drums in the band.

Hjaltalín is hard to classify according to genre scale: their art is inspired by modern indie-rock, pop-music of the 60’s and even classics. The band’s career is 4 studio albums and 7 Icelandic Music Awards.

The band toured almost in every country in Europe, including big festivals like Roskilde Festival, Latitude Festival and Sziget Festival.

"This band sounds like an endless summer night among friends"

At the day of the concert, you can get to the White Well from the Lenin Square and back free of charge by festival buses. Free parking will be organized for private vehicles.

We recommend to bring blankets and mats to comfortably stay on the beach.