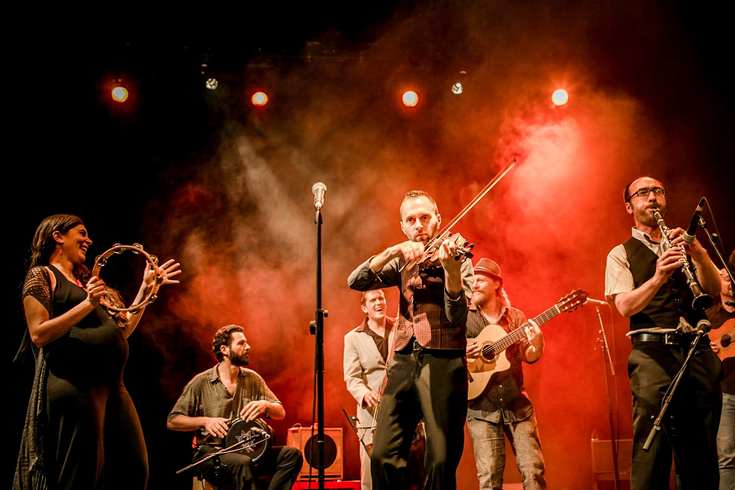 Barcelona Gipsy balKan Orchestra (BGKO) is an international ensemble of musicians based in Barcelona which is awakening the interest of audiences all over Europe through their genuine reinterpretations of traditional music from the Balkans, the Middle East and the Mediterranean shores. A music that goes straight to your heart without tricks.

Barcelona Gipsy balKan Orchestra (BGKO) is the evolution of the Barcelona Gipsy Klezmer Orchestra, which in three years turned into a referall of the roots music made in Barcelona achieving a notorious international exposure.

The unique and contemporary sound of the BGKO comes from their passionate and relentless exploration of sounds and timbres from the romani, klezmer, balkan and Mediterranean music. All understood as a set of musical traditions and multi ethnic cultures which go beyond any geographical boundary, nurtured by the imprints of the different peoples who inhabited these lands: Ashkenazim and Sephardi Jews, Gypsies, ottomans, etc.

The group itself blend the different artistic influences of its members, enriched and shaped by Barcelona’s vibrant musical scene: from Latin American to traditional Catalan, Greek, Italian, Russian and Middle Eastern songs to the vital vibes of jazz manouche and rockabilly.

Since it’s creation BGKO gathers a faithful and ever growing fan base in the social media, with more than 3.000.000 plays of their videos on YouTube.