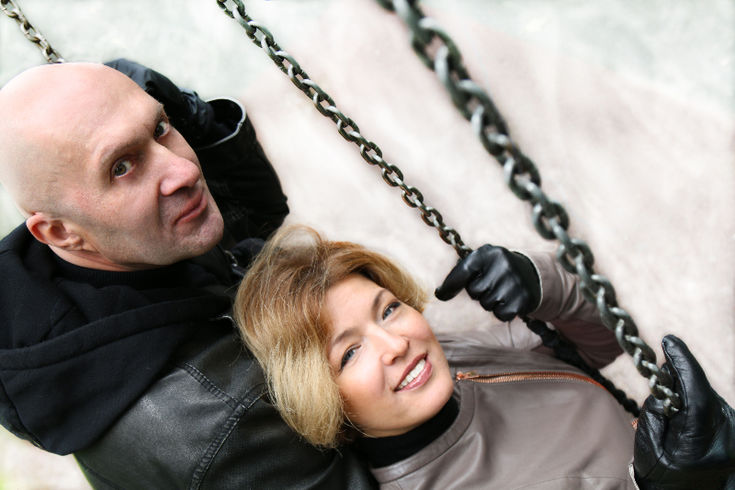 The life of pianist Polina Osetinskaya can be divided into two stages. The first – that of “wunderkind” (a word that Polina herself cannot abide) – was when Polina performed as a girl in huge halls filled with excited sensationalists. The second, which has continued to the present day, is essentially her victory over the first. It is both a reference to serious performing and to exacting audiences.

Polina Osetinskaya began to perform at the age of five. At the age of seven she entered the Central School of Music of the Moscow Conservatoire. Polina gave her first concert at the age of six at the Great Hall of the Vilnius Conservatoire in Lithuania. Together with her father who accepted the role of manager, the young Polina began to undertake frequent tours throughout the former USSR to packed halls and ovations. In her own country Polina was possibly the most famous child of her time and her relationship with her father was portrayed by the mass media as some kind of soap opera after the thirteen-year-old Polina decided to leave her father and study music seriously at the school of the Leningrad Conservatoire under the acclaimed teacher Marina Wolf.

“A master jeweller. In her subtle, if not to say refined, refined interpretation the composer appeared as a philosophical intellectual, and it is thanks to these pensive and critical interpretations that Polina Osetinskaya proffers that Shostakovich’s music remains topical and even highly relevant art”

Russian post-minimalist composer and pianist Anton Batagov (b.10.10.1065) is one of the most influential Russian composers and performers of our time.

A graduate of the Gnessin School and the Moscow Tchaikovsky Conservatory and prize-winner at the International Tchaikovsky Competition (1986) and other competitions, Batagov introduced the music by John Cage, Morton Feldman, Steve Reich, and Philip Glass to Russian audiences. His debut CD, a 160-minute recording of Olivier Messiaen's Vingt regards sur l'Enfant Jesus (Melodiya, 1990, 3 CD set), became a major sensation. Three years later a well-known American musicologist Richard Kostelanetz characterized Batagov's 1993 recording of Bach’s "The Art of the Fugue" as "the most stunning interpretation of Bach since Glenn Gould."

His concert appearances and recordings have consistently been defining moments discussed by a broad audience and the press. His interpretations of Bach, Schubert, Beethoven, Messiaen, Ravel, composers of the Russian avant-garde and those of the post avant-garde, distinguish themselves with expert knowledge of performing traditions and the history of culture. At the same time, they have radically changed habitual conceptions about these works, and even of the very foundations of musical art. The influences of Batagov's concert and studio work on the understanding of classical and new music and on the artistic tendencies in Russia has been tremendous.

Not only as a musician, but also as the artistic director of the legendary festival of contemporary music “Alternativa” (1989–1996), Anton Batagov was a principal influence on the broadening of the aesthetic horizon of the musical community, and on the meaning of musical practices in Russia.

“One of the most significant and unusual figures of Russian contemporary music”
Newsweek, Russian edition