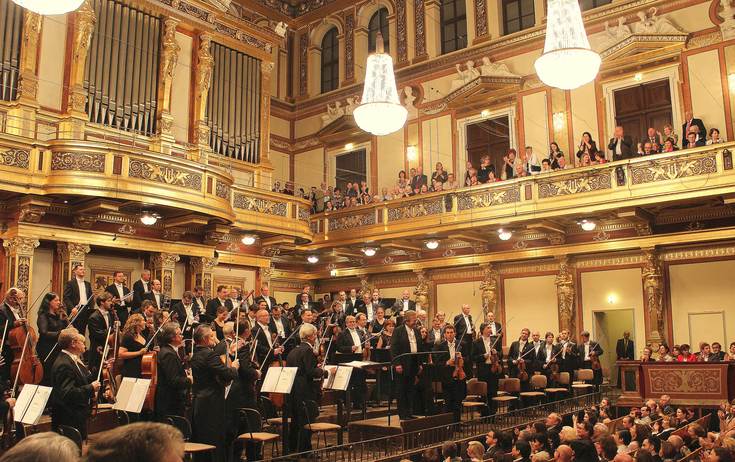 Tchaikovsky Symphony Orchestra was founded in 1930 as the first orchestra of the National Radio. Russia’s oldest symphony orchestra is justly considered to be one of the best orchestras of the world.  At different times it was headed by the outstanding Russian conductors: A. Orlov, A. Gauk, N. Golovanov, G. Rozhdestvensky.  Since 1974 Vladimir Fedoseyev has been the irreplaceable artistic director and chief conductor of the Big Symphony Orchestra, whose highest professional reputation coupled with the acknowledged artistry of the orchestra musicians paved the way onto the stages of the best halls in Russia, Europe, Japan, the USA and Australia. Since 1993 the orchestra has been named after the great composer Peotr I. Tchaikovsky for a genuinely profound interpretation of his music.

The orchestra’s chronicle has lots of glorious episodes, including work with some famous conductors: L. Stokovsky and G. Agendrot, L. Mazel and E.Mravinsky; work with S.Richter, D. Oistrakh, A. Nezhdanova, S. Lemeshev, I. Arkhipova, L.Pavarotti, N. Gyauriv and M. Freni. The permanent participants of the orchestra’s concerts are the best soloists of the new generation – violinists V. Tretiyakov and G. Kremer, violist Y. Bashmet and cellist A. Knyazev, pianists O.Maisenberg and E. Leonskaya. It was the orchestra and Vladimir Fedoseyev who once discovered the young talents of E. Kissin, M. Vengerov and V. Repin. 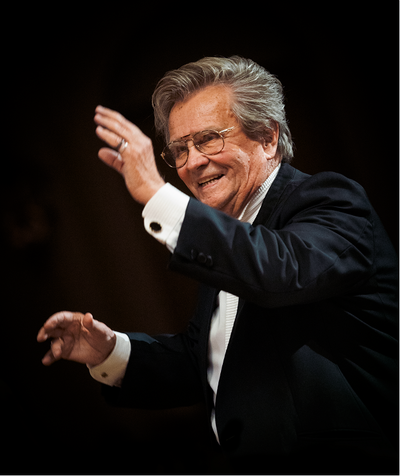 Vladimir Fedoseyev, artistic director and chief conductor of the Tchaikovsky Symphony Orchestra and permanent guest conductor of Opernhaus Zurich and Zurich Tonhalle, is world-famous for his interpretations of most unlike composers from various epochs and styles. Along with Mozart, Brahms or Shostakovich, his repertoire also includes less known masters like Janacek or Berg. Over his long career, Vladimir Fedoseyev has won numerous international awards: Russia's order "For Services to the Motherland" and Austria's Silver Cross for his services to culture (both 1996); the Gold Star from the City of Vienna (2002); the Cross of Honour for Science and Art, First Class, from the Austrian Academy (2005); the most recent Gold Medal of the International Gustav Mahler society (2007); and others.

Vladimir Fedoseyev graduated from Moscow's Gnesins Musical Academy and Tchaikovsky Conservatory (class of Professor Leo Ginzburg) and was invited by the legendary Evgeny Mravinsky to conduct the Leningrad Philharmonic Orchestra. He made his opera debut also in Leningrad (now St.Petersburg), his native town, in the Mariinsky Theatre.

Critics have always noted Fedoseyev's striking distinction, uniqueness of his programs, finds of new compositional pieces and original interpretations of well-known musical scores. Among his major successes there were opera stagings of Mussorgsky, Tchaikovsky, Verdi, Berlioz, Janacek and Shostakovich in Vienna, Paris, Milan, Zurich, Bregenz, Florence and elsewhere. He also has a wide range of recordings which encompasses symphonies, operas and ballets of Rimsky-Korsakov, Rakhmaninov, Stravinsky, Scriabin, Brahms, Beethoven and more. In early 2008 he completed a full collection of Brahms' symphonies issued by Warner Classical & Jazz and Lontano.
Share
Programme