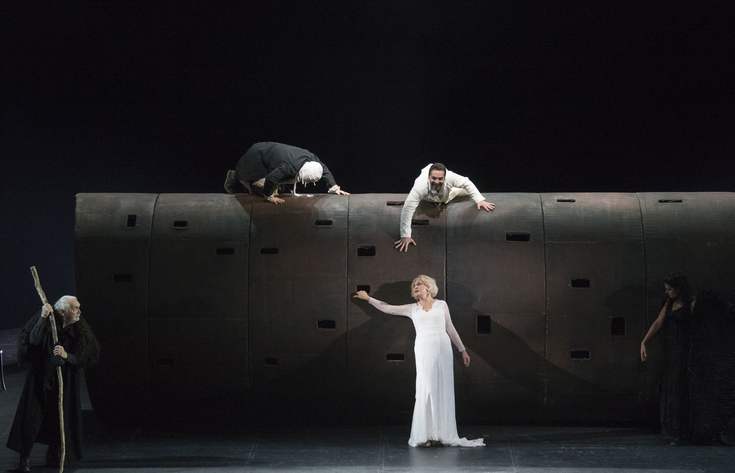 The director Rimas Tuminas believes that today is a right time for the Athenian tragedy by Sophocles. Rimas Tuminas claims: “I wish to make a performance about the most important things: virtue and honor. About a leader, a man who is strong enough to recompense his own sins, to accept punishment: exile and poverty till the end of his life.

It’s a hardly possible example of an honorable man for todays’ reality. Most of the men in power, leaders don’t find themselves guilty at all. Everything is approved and allowed (to those who have power). It’s time to remind about virtue and honor” (a translation of an interview in Russian to the TASS (Russia News Agency)).

Greek actors perform the ancient Chorus and Russian actors of the Vakhtangov Theatre — the leading parts.

World premiere July 29, 2016 in Greece – on stage of the Ancient Theatre of Epidaurus