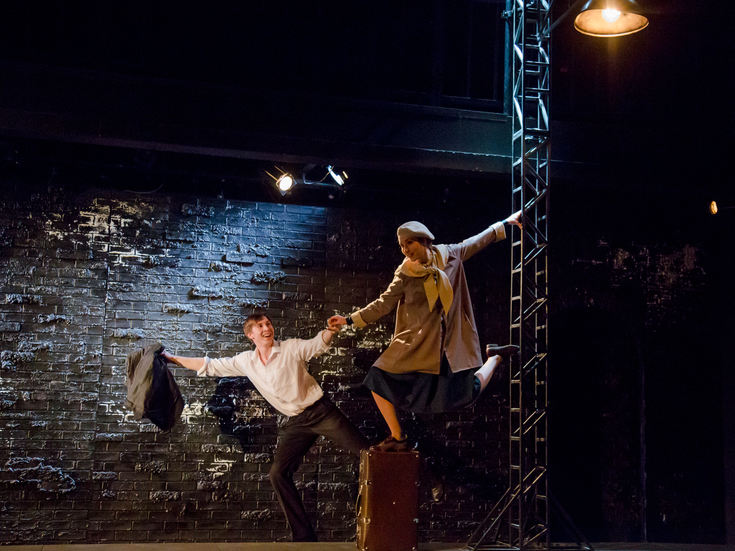 The play includes several stories by Andrey Platonov, "The Machinist's Wife", "Happiness Nearby a Man", "Sandy teacher", "In the Starry Desert", "Poem of Thought", "Notes", "The Old Man and the Old Woman", "Jushka" and " Impossible". In this performance, the texts are combined by the theme of the railway, and their characters appear as the wanderers, seekers of happiness.