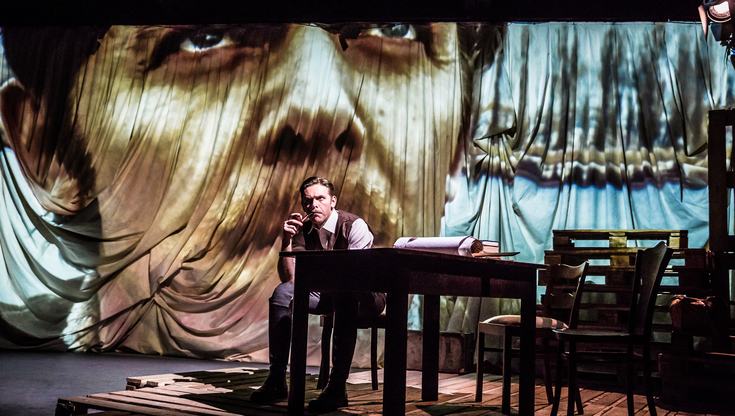 In its artistic activity, the Dramatic Theatre of the Capital City of Warsaw focuses on interpretations of world classics, theatre adaptations and new dramatic plays. Without neglecting the tradition of a stage, which communicates with an audience using the most wonderful theatre medium, namely an actor, the Dramatic Theatre is a place where drama has a very important mission: it raises awareness and stimulates sensitivity of an audience, both to art and another human being.

Krzysztof Rekowski, director, made his debut with “L’Hiver sous la table” [Winter Under the Table] by Roland Topor in the Ludowy Theatre in Kraków. His numerous productions comprise, inter alia: “Tales of Common Insanity” by Petr Zelenka and “The Boss of It All ” by Lars von Trier, “Das Käthen von Heilbronn” by Heinrich von Kleist in the Wybrzeże Theatre in Gdańsk, “Marylin Mongol” by Nikolai Kolada and “En vergonzoso en palacio” [The Bashful Man at the Court] by Tirso de Molina in The Jan Kochanowski Theatre in Opole, “Fat Pig” by N La Bute in The Zygmunt Hübner Powszechny Theatre in Warszawa, “Dialogues About Animals” by A. Zelezcov, “Romeo and Juliet” by William Shakespeare in the C K Norwid Theatre in Jelenia Góra. In the Polski Theatre in Poznań he directed a dramatic adaptation of “Maids From Wilko” from a short story by Jarosław Iwaszkiewicz and “The Friend” by Radosław Paczocha, and in Scena Przodownik “Allegro moderato” by Sz. Bogacz and “The Russian Contract” by A. Płatonov.