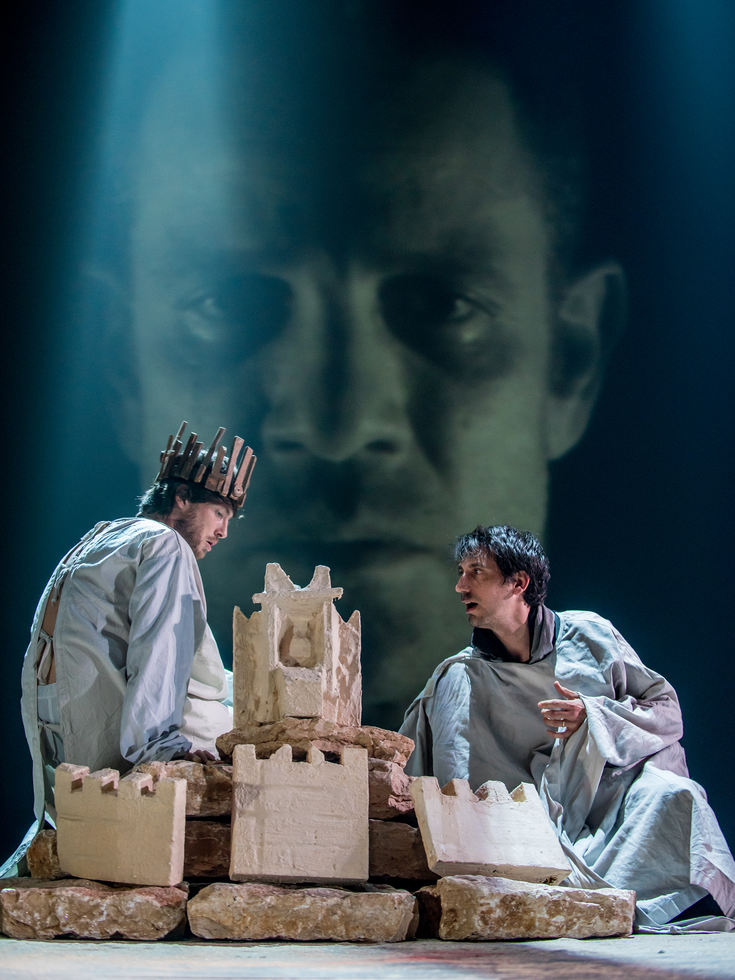 Performance in Hebrew with Russian subtitles
16+

In this retelling of the biblical story, King Solomon commissions Ethan the Scribe to write the official history of King David. In return for the finest cooking in the land and the wages of a minor prophet, Ethan must write a proper record, full of glory and battles, statecraft and honor--a tribute to David and, of course, to Solomon, his heir. But as Ethan explores the story, he finds another life hidden behind the iron curtain dividing past from present: the story of a David who seduced, lied, bragged, and plundered his way to power. Ethan wonders: which life should be reported in the King David Report?

Written by one of Germany's most acclaimed dissident authors, The King David Report is both an analysis of the writer's obligations to truth, and an astute satire on the workings of history and politics in a totalitarian state.

Stefan Heym (Helmut Flieg), (born April 10, 1913, Chemnitz, Ger.- died Dec. 16, 2001, Jerusalem, Israel) German writer and political activist who , as the author of over a dozen novels, including The Crusaders (1948), provoked controversy with his dissident writings. Although he was an avowed Marxist-Leninist, he was a steady critic of East Germany’s government throughout that regime’s existence, and when German reunification came, he held out hope for socialism to prevail. To that end, he ran for election to the Bundestag (second house of parliament) in 1994, served for a year, and thereafter continued in his activist dissent.

"A masterpiece which should not be missed [...]. Everything that takes place on the stage verges on genius"

"It works beautifully in Yvgeny Aryeh's charming production, which blasts the stage with bountiful humor"

Performance in Hebrew with Russian subtitles
16+