Street theatres parade was added to the Platonov festival programme in 2014. The sight of stint-walkers, mimes and musicians dressed up in fabulous costumes and marching down the city’s main street has become one of the most spectacular events of the festival.

This year, the Theatres parade is going to be the largest in number of artists participating in it. It is becoming more similar to a celebration of a city carnival. 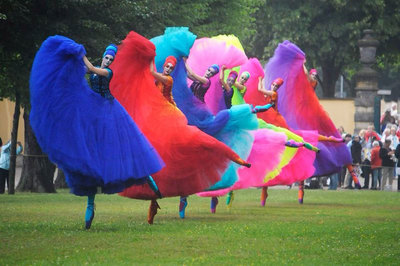 Founded in Venice in 1993, Pavana is now based in Amsterdam.The theatre engages actors from different countries of the world in its shows. The company includes stilt-walkers, acrobats, musicians and dancers. Their bright costumes mesmerize spectators of all ages and their fancy characters take the audience on a journey to their magical world. 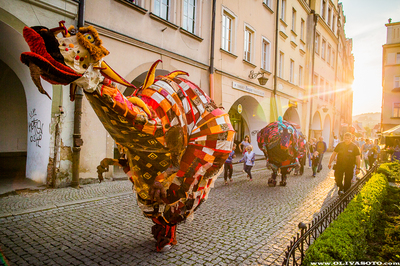 The repertoire of this Spanish theatre features a great number of amazing shows, marked by unfailing humour and resourcefulness. Their costumes evoke associations with a world of dreams and fantasies. 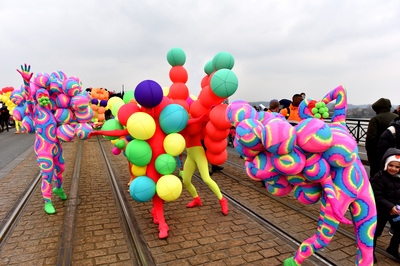 Andrey Bartenev is an author of a number of spectacular sculptural performances. His is named "the embodiment of performance" and "master of installations". He is listed one of the top ten world’s most in-demand artists. He also acted as a project co-author with outstanding artists and filmmakers of our time, including Andrew Logan and Robert Wilson. His works have been exhibited in the largest Russian and foreign museums several times. 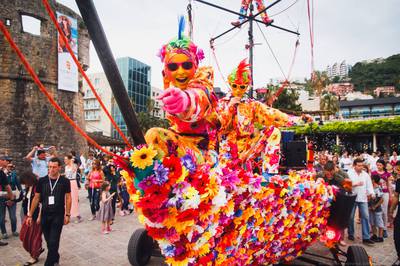 "Fire People" theatre is a laboratory of images and special effects, mobile carnival workshop demonstrating its fire-and-pyrotechnics shows to the Russian and international public. Working simultaneously with strict forms and improvisation "Fire People" maintain a balance between a theatre and a circus, a trick and human sincerity, danger and fun.

"Fire People" are the laureates of the "Golden Mask" National Theatre Award, participants of Chekhov International Theatre Festival, Burning Man festival (the USA), the Venice Carnival, the Closing Ceremony of Paralympic Winter Games in Sochi 2014 and other events. 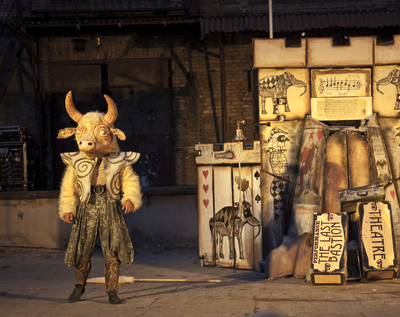 A theatre of carnival culture, mask, grotesque and buffoonery founded in 1993. 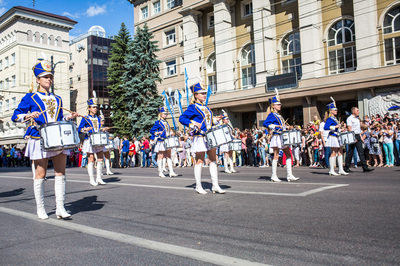 Traditionally, the Theatre Parade of the Platonov Festival will host the artists from Voronezh: Government Brass Band and drummer girls from Voronezh Institute of the Federal Penitentiary Service.

This year for the first time ever the parade will feature Voronezh performers who have signed up for the parade and have been selected through competition. These are circus and choreography studios as well as amateur teams (there were 6 teams selected from those who had signed up).

After the parade its participants will give free performances in the city squares and parks. 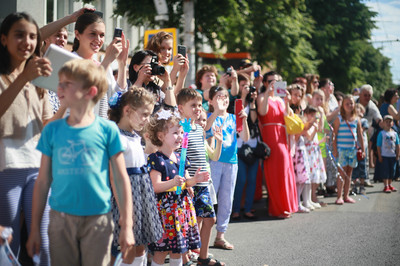