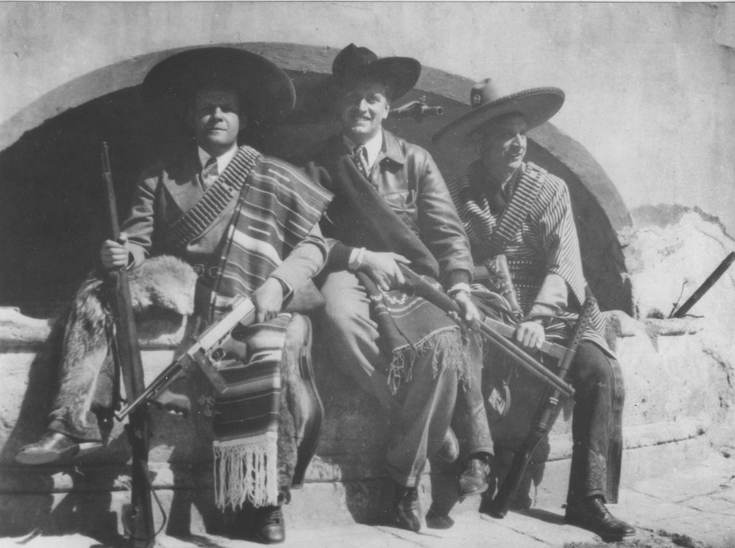 The exhibition "Unfinished Eisenstein" is based on  the unfinished film "Long Live Mexico!" of the famous director and the idea that life and work of geniuses are not finished with their death - it extends to other times, acquiring new value.

The exhibition includes 300 frames of the film "Long Live Mexico!" (1930-1932), 40 photos of the working moments, 40 printed copies of the Mexican drawings by Sergei Eisenstein, and 16 "frames accompanying” drawings. These are the copies of drawings. The original drawings are in The Russian State Archive of Literature and Arts.

The exhibition is created by Naum Kleiman specially for Platonov arts Festival. Naum Kleiman is a historian of cinema, one of the greatest authorities on Sergei Eisenstein’s work, director of "Eisenstein-Centre" and editor of the magazine "Kinovedcheskie zapiski".

The history of the film "Long Live Mexico!" is amazing. The film crew that consisted of three people - Sergei Eisenstein, a director, Eduard Tisse, a cameraman, and Grigori Alexandrov, a filmmaker, went to Mexico in 1929.  Joseph Stalin made the film crew return to the USSR in the middle of film shoot. All the materials were left in America because all the footage belonged to the film company.  Grigori Alexandrov said, " Eduard Tisse  used 70 thousand meters of film ... If we wanted to take it we had to pay for it, but we didn't have any money".

The film returned to the USSR almost 50 years later when Eisenstein and Tisse were dead. In 1979 Grigori Alexandrov finished the film-making process on the basis of libretto written in the 30-s of XX century. There also is the second version of the film " Sergei Eisenstein. Mexican fantasy" created in 1998 by Oleg Kovalov, a scriptwriter, director and historian of cinema.

The two versions, the retrospective on Eisenstein's films, the documentary about  Eisenstein "Master's house" and other films will be shown in the art centre "Commune".

«Eisenstein' friends from America wrote to Stalin that they could see the birth of the masterpiece, the greatest film of all the time. The film had no future because Stalin made the film crew come back with the film left in Hollywood»

The Russian State Archive of Literature and Arts is the largest archive in Russia that has a great number of documents in cultural sphere. It was founded in 1941. It was listed in the National Register cultural heritage sites of the Russian Federation.