Theatre of Tairov and Koonen 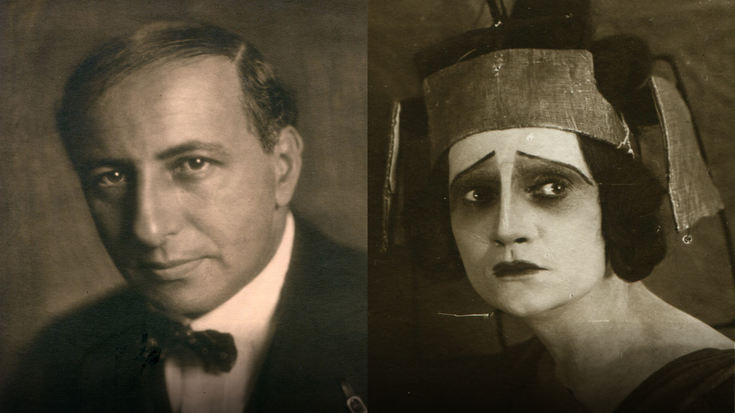 Other dates and times
Exhibition Hall of Union of Artists
The exhibition is open from June 2 to 30, 2016

The Chamber Theatre in Moscow existed since 1914 till 1949. It became popular all over the world (with tours in Europe and even in South America) and it became the brightest phenomenon of XX century theatre scene. The theatre was admired by Bernard Shaw,  Bertolt Brecht and Eugene O'Neill, but even worldwide recognition did not save the theatre. Nowadays Moscow Pushkin Theatre is situated in the historical building.

The name of the founder and stage director of the Chamber Theatre – Alexander Tairov – is in line with the names of  Stanislavsky, Meyerhold and Vakhtangov. The stage reformer wanted to create a "synthetic theatre" and to grow actors who master stagecraft, music and pantomime.

For Alexander Tairov and Alisa Koonen, his muse, wife and a lead actress, the theatre was not only a place of work but also a home because their flat was situated in the theatre. Artists who decorated the plays lived there. Among them there was Pavel Kuznetsov, Alexandra Ekster, Alexander Vesnin, brothers Vladimir and Georgii Stenbergs, Vadim Ryndin and others.

The exposition "Theatre of Tairov and Koonen" contains more than 70 original objects from the collection of A.A. Bakhrushin Museum – stage models and models of characters (dolls), reconstructions of costumes, costume and set designs.  The most significant plays of the theatre are "Sakuntala" (1914), "Salomea" (1917), "Fedra" (1922), "Optimistic tragedy" (1933), "Madame Bovary" (1940) and "Bogatyrs" (music by A.P. Borodin) (1936), opera-farce, which led to the tragic end of the theatre. Alisa Koonen was a lead actress in all these plays.

A.A. Bakhrushin Theatre Museum is the largest Russian museum that specializes in the history of theatre and a creative partner of Platonov Arts Festival.  The Festival and the theatre have collaborated for the third time preparing the exposition "Theatre of Tairov and Koonen".

The Museum was founded in 1894 by a famous Moscow manufacturer and art patron Aleksei Alexandrovich Bakhrushin. Almost 1,5 million exhibits are stored in the reserves of the Museum: costume and set designs by great  masters, photographs and portraits, costumes worn on stage by prominent actors, programs and posters, rare editions on theatrical art, items of decorative and applied arts.