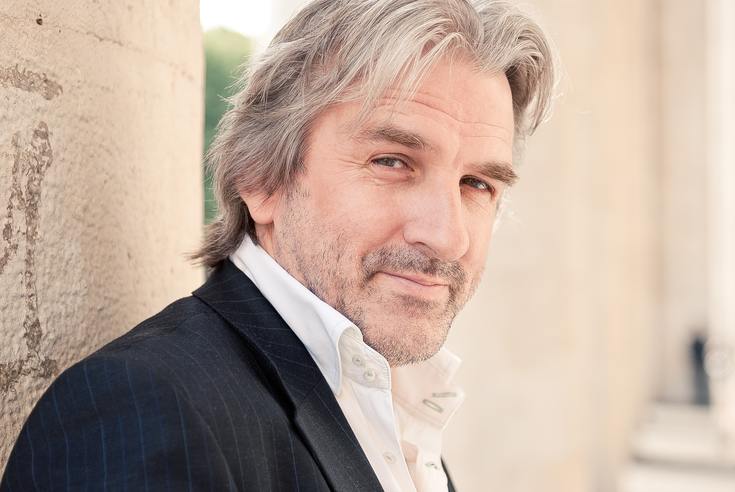 The concert programme features the works of the iconic western classical composers – Franz Schubert and Ludwig van Beethoven, a representative of the Viennese school, as well as Platonov’s contemporaries – an Austrian composer, a representative of musical expressionism and the Second Viennese school Alban Berg and a British composer Benjamin Britten.

Barry Douglas is a renowned Irish pianist, who attained international acclaim after winning the Gold Medal at the 1986 Tchaikovsky International Piano Competition. He is the artistic director of the Camerata Ireland orchestra and the Clandeboye Festival in Northern Ireland.

As an exclusive Chandos artist, he recorded a complete Brahms series in four volumes. September 2014 saw a release of Douglas’s album Celtic Reflections,   presenting the pianist’s own arrangements of Irish folk music.

In 1999 Barry Douglas founded the chamber orchestra Camerata Ireland to celebrate and nurture the very best of young musicians from both Northern and the Republic of Ireland.  In addition to striving for musical excellence, one of the orchestra’s aims is to further the peace process in Ireland by promoting dialogue and collaboration through its musical education programmes.

Barry Douglas was awarded the Order of the British Empire (OBE) in the 2002 New Year’s Honours List for services to music. He also received a Fellowship of the Royal College of Music and an Honorary Doctorate of Music from Queens University Belfast; he is an honorary Doctor of Music at the National University of Ireland at Maynooth and a Visitng Professor at the Dublin Conservatory of Music. In May 2009 he received an honorary Doctorate of Music from the Uinversity of Wyoming (the USA).