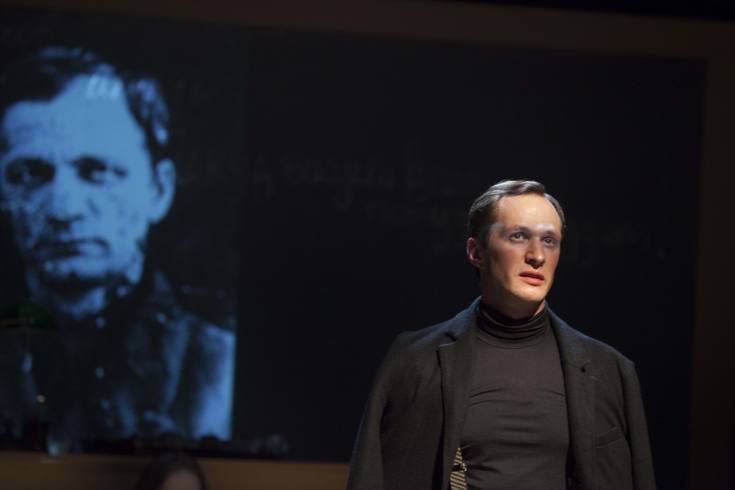 "The Epifan Locks" is a story of never-ending motion of the wheel of the Russian history, when human life stories of Peter the Great’s time mysteriously resemble those of the industrialization era. Or, maybe, even those of today.

Marina Brusnikina, the director, infused the complex production with new meanings. The whole performance is a lesson of the Russian literature. The stage design has been created by Nikolai Simonov – one of the most famous and peculiar contemporary stage designers. Ivan Shibanov, Igor Petrov and Alexander Fisenko are starring supported by the graduates of the Oleg Tabakov Acting School.

Oleg Tabakov Theatre was founded in 1978. It is not for the first time that one of the most renowned Russian theatres has turned to Platonov’s prose. In 2007 Mindaugas Karbauskis directed "The Story of "Gleeful Moscow" – the production that has been awarded The Golden Mask Prize, shown in Voronezh within Platonov Arts Festival and enjoying great popularity among the public for almost a decade now.