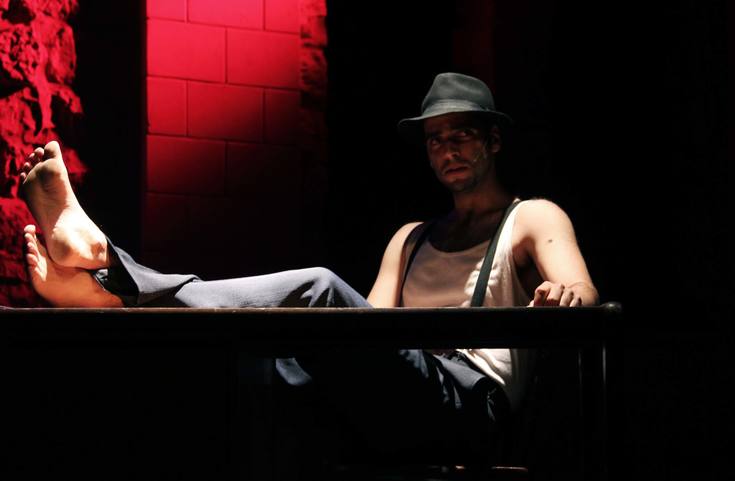 One stormy night, a young fatal beauty in a red dress named Sarah Bennett comes to Joe’s office, who represent Humphrey Bogart and Jay-Z all in one, and tells him about the mysterious disappearance of her sister. Joe decides to take the case, a decision that could cost him his life.

The story about vanity, passion and murder is put on music, the characters communicate with the audience via the language of beatbox and rap, and a female vocal is accompanied by classical guitar and keyboard. This sharp and fast paced production with a good sense of humor and parodical plot, sung in perfect English, is primarily intended for the young audience that can respond with their heart to the energetic beat.

"The City" received 5 awards at the Israeli Golden Hedgehog Awards. It was also performed at the Mala Inventura Festival in the Czech Republic in 2014.

Amit Ulman is a co-founder, director and actor at the Incubator Theatre. Reper, street poet and co-founder of "Poetry Slam" Israel.

"The Incubator Theater" began operating in 2005 in Jerusalem as a project whose main objective was to build an infrastructure for original theater. During the past ten years, the Theater has put on more than 1,300 shows from 30 original productions and plays.

"The best, most brilliant, inspired show in the history of Israeli rap…"

"Likely to become a cult hit…"