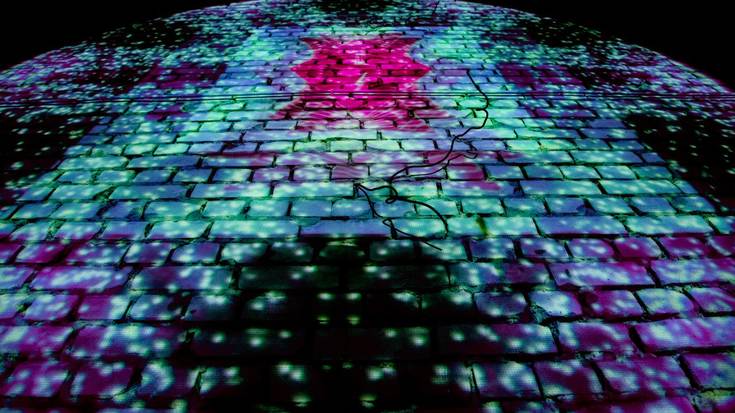 Mediastudio GaneshLab has been around since 2013, and the company has realized about 10 large-scale and a lot more smaller media-technology projects for the two years.

The studio has worked at such venues as the building of the Voronezh region government, Voronezh Academy of Arts, Opera and Ballet Theatre, Book Club “Petrovsky”, “Yar” and “Holiday Inn Express” hotels; has collaborated with the “LightON” festival of light, Arts Festival “Otkryto!”(“Open!”), International Theatre for Children Festival “Bolshaya Peremena” (“Big Break”). At the beginning of the year 2015, GaneshLab completed two projects in India.

The mapping script is based on the history of the “Kommuna” (“Commune”) newspaper.